77% of Americans believe their company has gaps in its current security tools, according to Lynx Software survey findings. 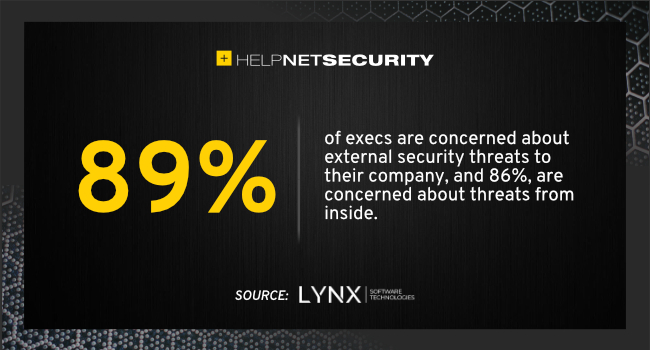 “Now more than ever, it is incredibly important that employees feel like they can trust the security of their corporate networks,” said Arun Subbarao, VP of engineering and technology at Lynx Software.

“Remote and hybrid work models are here to stay, and organizations need to ensure not only that their corporate network infrastructure is secure, but also verify that every endpoint – from printers at HQ, to laptops and tablets in each employee’s home – are protected as well.”

COVID-19 and virtual workplaces have raised concerns around cyber safety as revealed by a survey earlier this year, which found 69% of working Americans were more worried about cybersecurity risks during COVID-19 than they were before the pandemic.

The survey results indicate these concerns might be valid as 19% respondents said their company has become less secure since the onset of the pandemic, and 21% said corporate security has remained the same. Furthermore, 69% believe their company is ready to fend off an outside security threat.

This was revealed alongside the finding that only 10% of respondents did not believe hackers are a threat to their industry, citing the top three risks for companies in their industry were cyber-attack (61%), outdated technology (50%) and physical safety of the workforce (49%).

These issues are top of mind for employees as 27% said the security of their company crosses their mind while working at least once a week and 77% said they think employees at a more senior level than them are worried about the threats present in their industry. Yet, only 67% said their company has plans to significantly improve its security in the next 12 months.

While respondents indicated that their company has currently invested money in security (65%), remote workforce tools (56%) and Industry 4.0 advancements (44%), one in five said their company is not spending enough on security in the next year.