NETSCOUT announced findings from its report that underscore the dramatic impact cyberattacks continue to have on private and public organizations and governments worldwide. 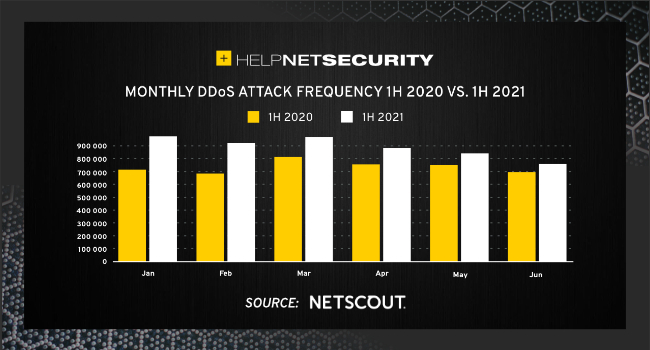 In the first half of 2021, cybercriminals launched approximately 5.4 million Distributed Denial of Services (DDoS) attacks, increasing 11% over 1H 2020 figures. Additionally, data projections point to 2021 as another record-setting year on track to surpass 11 million global DDoS attacks. This long tail of attacker innovation is expected to last, fueling a growing cybersecurity crisis that will continue to impact public and private organizations.

In the wake of Colonial Pipeline, JBS, Harris Federation, Australian broadcaster Channel Nine, CNA Financial, and several other high-profile attacks, the impact of DDoS and other cybersecurity attacks has been felt worldwide. As a result, leading governments are introducing new programs and policies to defend against attacks, and policing organizations are initiating unprecedented collaborative efforts to address the crisis.