Shipments of 400 gigabit Ethernet (GbE) data center switch ports are on track to exceed 10 million this year, more than triple the prior year’s shipments, according to a report from Crehan Research. 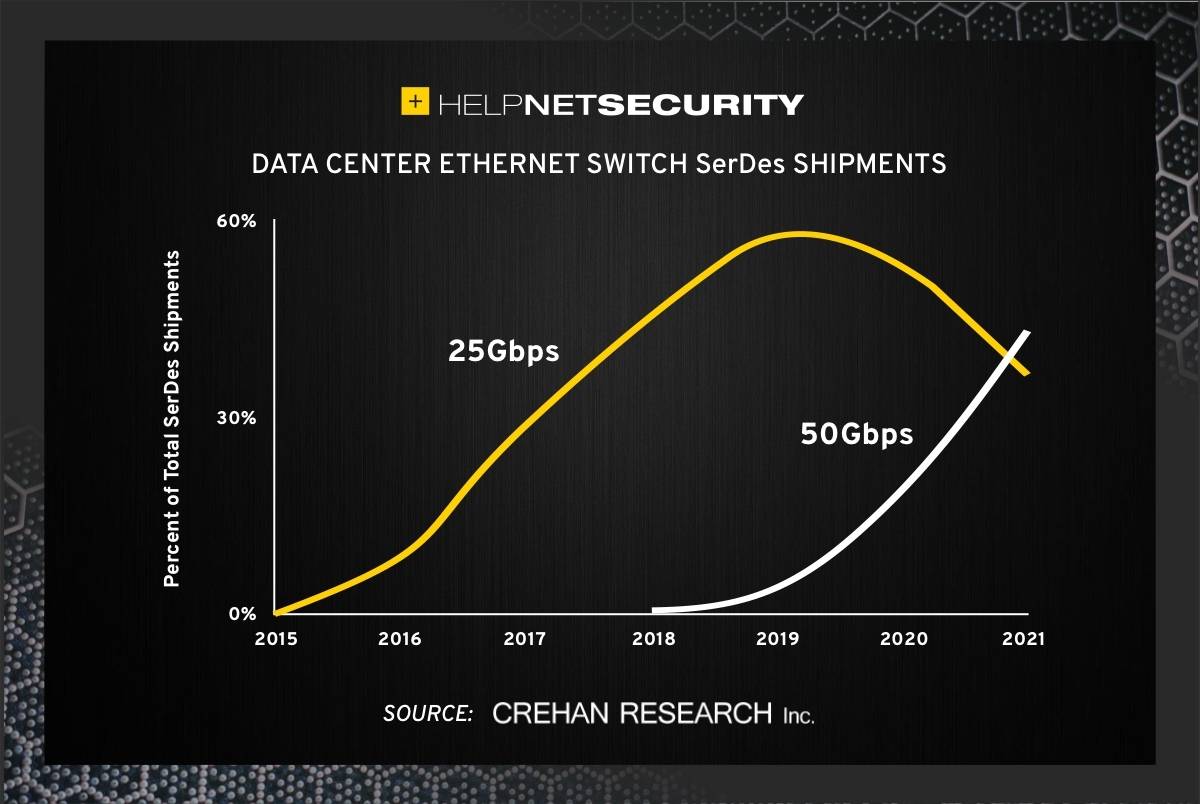 “The 400GbE data center switch transition is well under way, with volumes now starting to move toward the tens of millions in conjunction with broader customer adoption,” said Seamus Crehan, president of Crehan Research.

“Newer applications and architectures such as machine learning and disaggregated computing, on top of existing high-bandwidth drivers including video, machine-to-machine traffic and data analytics, are driving the need for faster switch speeds with better bandwidth economics.”