Misguided enterprise investment in multiple identity tools is proving insufficient in defending against today’s threat landscape, according to One Identity. 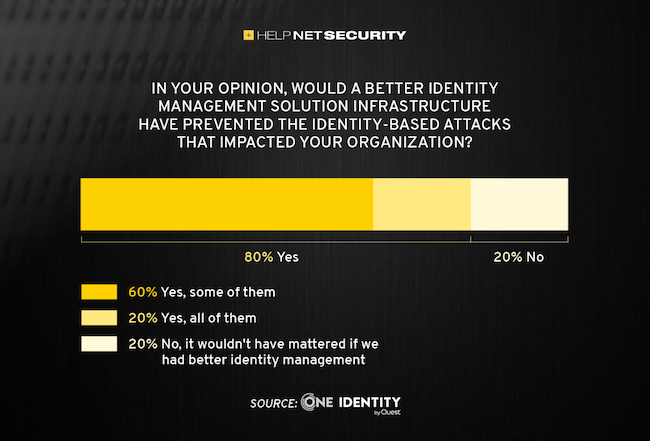 Companies have acquired multiple identity tools to deal with the surge in digital identities (or digital profiles accessing enterprise data and applications), creating identity sprawl that weakens their cybersecurity postures. 52% of companies manage more than 10,000 identities, which include access rights given to employees, devices, machines, digital identities, and customers.

“Legacy approaches to identity and access management have caused organizations to adopt multiple identity solutions, and the lack of interoperability between these tools has a direct business and security impact,” said Mark Logan, CEO of One Identity.

He added, “Our research shows that organizations see the negative impact that multiple, fragmented identity tools have on their business. By shifting security professionals’ mindset from a disparate, tool-based approach to a platform approach, businesses can improve their identity security defenses to protect against the modern threat landscape.”

Among other key findings from the survey:

The need for shoring up identity-based defenses is significant. Nine in 10 organizations were hit by an identity-based attack in the last year, with almost 70% of companies experiencing a phishing attack. According to 80% of respondents, better identity management tools could have prevented the impact of many such attacks.

The deployment of multiple identity management tools impacts security posture and drains productivity. Consider that for those with multiple tools: