Online scammers are known for their adaptability, so it should not come as a surprise that the recent name change of Google’s official Android Market – now dubbed Google Play – would be quickly taken advantage of.

According to Trend Micro researchers, fake Russian versions of the redesigned site have already popped up: 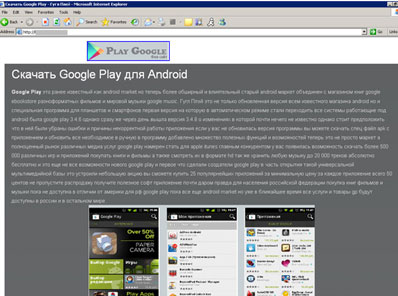 “Download Google Play for Android Google Play is formerly known as the android market but now a vast and influential old android market combined with a store of books google ebookstore multi-format films and world music google music,” it is (badly) explained on the site.

Among the suspicious Android apps offered for download is a Google Play application (google-play.apk), which is actually a Trojan that subscribes the victim to premium number services without asking his or her permission.

The researchers say that even if the Trojan in question is very similar to one discovered last month that has polymorphic abilities, this one has not and tries to avoid detection by having various innocuous files added to it.

“Users are strongly advised to practice extreme caution when dealing with apps and app stores in general,” counsel the researchers.