The existence of the recently discovered vulnerability in ZTE’s Score M smartphone which allows any attacker in possession of the hardcoded password to access and take over the phone has been confirmed by the Chinese handset maker.

The company has also said that it has started working on a patch but, in the meantime, some security firms have taken it upon themselves to do the same thing, or at least, to find a workaround for the problem.

Trend Micro researcher Weichao Sun has published a set of instructions for removing the backdoor from the device:

1. Run the backdoor on an adb shell: /system/bin/sync_agent ztex1609523
2. To check which device your /system dir has mounted, use the command: mount. There should be a print out like below, note the device name underlined in red: 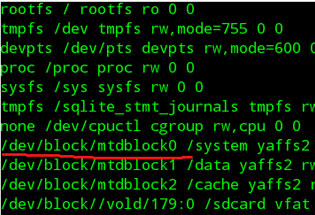 Granted, the instructions aren’t of much use to users who don’t know how to go about implementing them – and that is most users – but are nonetheless welcome as ZTE is dragging its feet on this.