An ad hoc survey conducted by Google’s anti-abuse research lead Elie Bursztein has shown that over half of Android users don’t lock their phones in any meaningful way.

After polling 1,500 users, he discovered that 52 percent of those users “open” their device with a simple slide or gesture, 25.5 percent have opted to locking their phones with drawing a pattern on a grid, and 15.1 percent are using a PIN.

Only 3.3 percent have opted for using a password, 2.3 percent for the option where the phone can recognize their face, and 1.8 percent are using other, 3rd party forms of authentication.

The options for security an Android device are many, so why don’t users pick one?

According to the survey, entering a PIN code is “annoying”. But, as Bursztein pointed out, a lock patter is easy to set up, and easier and faster to enter. 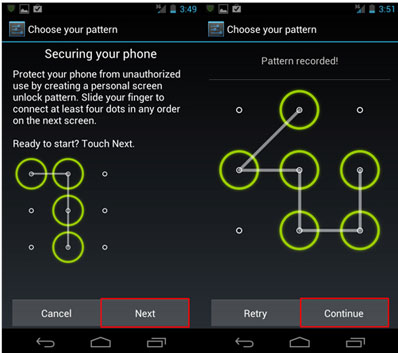 “No security is perfect. Both lock patterns and PIN codes can be vulnerable to smudge attacks,” he admits. But users should also concede that even the most simple of lock patters is much much better than no protection at all.

So, if you own an Android phone, this is the perfect moment to reconsider your security choices and implement one of the offered options if you haven’t already. If you have, take this opportunity to change the “unlock” PIN or pattern, and remember to do it often.