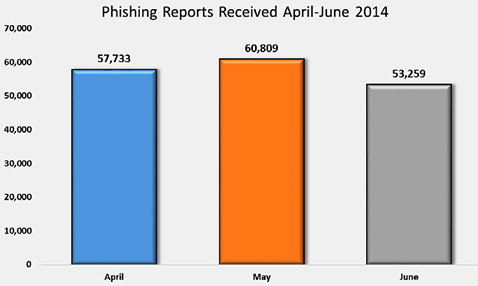 “We’re also seeing an uptick in phishing attacks against the users of Bitcoin sites, notably wallet service Blockchain and the exchange site Coinbase,” said Greg Aaron, President of Illumintel and APWG Senior Research Fellow. “The number of attacks against them remains small overall, but we will continue to monitor this as Bitcoin continues to gain adoption by retailers and consumers.”

Attacks against retail/service sites also grew, from 11.5 to 16.5 percent of all phishing attacks. Phishers spoofed these sites because they collect credit card numbers and other useful credentials from their users.

The second quarter also saw a recent increase in the spread of PUPs (Potentially Unwanted Programs) such as spyware and adware. APWG member company PandaLabs reports that the PUPs were spread by a proliferation of software bundlers: programs that install PUPs on computers along with the programs that the user actually wants to install. Overall, Trojans remained the most common type of malware.