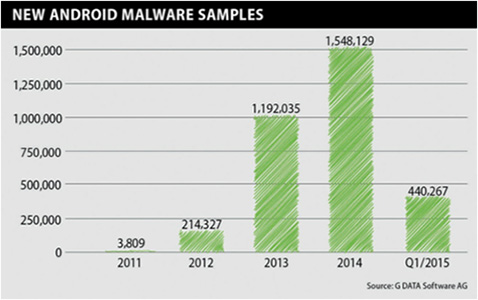 “New samples are not the same as infected devices. This is the crux of the challenge for those trying understand what action, if any, to take,” points out Stephen Newman, CTO, Damballa.

“A few takeaways for security teams trying to deal with mobile malware. First, understand that the mobile Internet is really just the Internet. It uses the same hosting infrastructure used to detect PC-based malware. If youre instrumented to monitor network security in real-time and over time, you are well-positioned to detect mobile devices that are infected. From a user standpoint, stick to curated App stores managed by Apple and Google, which are vetted and less likely to contain malware than a rogue app site,” he added. 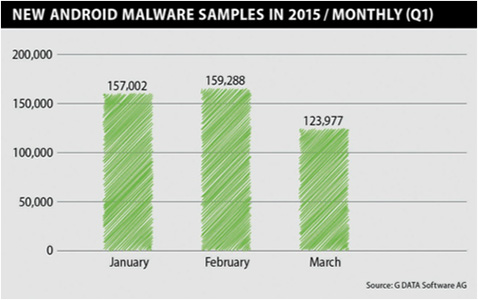 Mobile banking is seeing rapid growth. This also has an effect on Android malware. G DATA has determined that at least 50 percent of the malware currently being distributed has a financially motivated origin and includes banking Trojans and SMS Trojans.

Chris Boyd, Malware Intelligence Analyst at Malwarebytes, notes that the increase in Android malware shows that it’s more important than ever to keep default security settings enabled, such as Google Verify Apps and blocking installation from sources outside of the Play store.

“Many pieces of Android Malware rely on social engineering tricks to have device owners into turn off security settings, which are often the only thing standing between them and costly SMS bills. One of the biggest problems in this respect is when parents give their children phones and tablets to keep them busy without additional security software on board – it’s tricky enough highlighting all of the scams which can befall adults without expecting children to know their way around the wilds of Android Malware, fake stores and rogue apps,” he explained.”