Google has released Android 7.0 Nougat, and the newest version of the popular mobile OS is already being rolled out to Google’s existing Nexus devices. 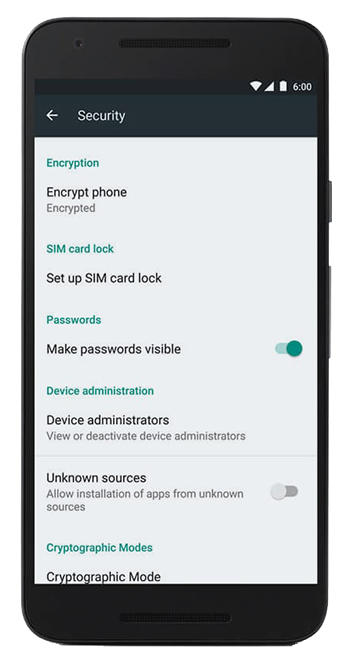 “Today, and over the next several weeks, the Nexus 6, Nexus 5X, Nexus 6P, Nexus 9, Nexus Player, Pixel C and General Mobile 4G (Android One) will get an over the air software update to Android 7.0 Nougat. Any devices enrolled in the Android Beta Program will also receive this final version,” Sameer Samat, VP of Product Management, Android & Google Play, explained on Monday.

The LG V20, to be released in September, will be the first smartphone to come equipped with Android Nougat right out of the box.

The new OS version brings many changes, including new security features for individual and enterprise users.

Google is set to release newer Nexus devices in the fall. For them, new features will include seamless updates, file-based encryption, and Direct Boot.

Direct Boot is meant to help apps run securely even before users unlock their device when the device reboots. If the reboot happens and users don’t notice (and therefore aren’t logged in), Secure Boot will make sure that the apps start working as soon as the phone finishes booting (i.e. before users sign in). For more details about the feature, go here and here.

By encrypting at the file level, Nougat will better isolate and protect files for individual users on their device.

“New Android devices with Nougat can install software updates in the background which means you won’t have to wait while your device installs the update and optimizes all your apps for the new version,” Samat explained.

Nougat also comes with restricted permission sharing between apps, restricted manoeuvring space for apps with device admin permissions (they can’t change users’s PIN or passwords) and more user control over this type of apps (users will be able to easily uninstall them.

For enterprise users, Nougat will bring the “always-on VPN” feature, which will enforce secure connections and sharing; a better and cleared separation between private and work-specific Android profiles; a new QR code-based device provisioning option; and more.

As always, users will be able to peruse and set the optional security features through the device’s Settings app.