A modification of the Gugi banking Trojan that can bypass Android 6 security features designed to block phishing and ransomware attacks. The modified Trojan forces users into giving it the right to overlay genuine apps, send and view SMS, make calls and more. 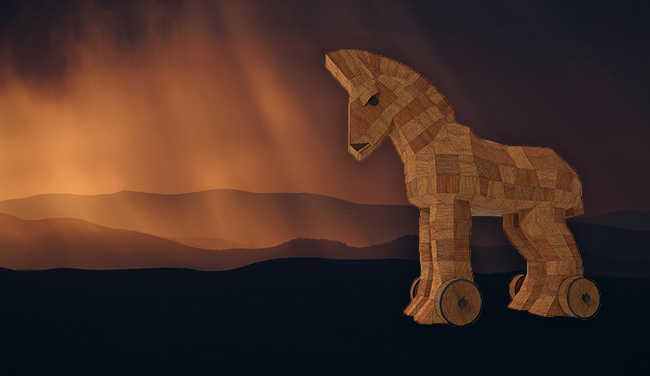 The Gugi Trojan’s aim is to steal users’ mobile banking credentials by overlaying their genuine banking apps with phishing apps and to seize credit card details by overlaying the Google Play Store app. In late 2015, Android OS version 6 was launched with new security features designed specifically to block such attacks. Among other things, apps now need the user’s permission to overlay other apps, and to request approval for actions such as sending SMS and making calls the first time they want to access them.

Kaspersky Lab experts have uncovered a modification of the Gugi banking Trojan that can successfully bypass these two new features. Initial infection with the modified Trojan takes place through social engineering, usually with a spam SMS that encourages users to click on a malicious link.

Once installed on the device, the Trojan sets about getting the access rights it needs. When ready, the malware displays the following sign on the user’s screen: “additional rights needed to work with graphics and windows.” There is only one button: “provide.”

When the user clicks on this, they are presented with a screen asking them to authorise app overlay. After receiving permission, the Trojan will block the device screen with a message asking for ‘Trojan Device Administrator’ rights, and then it asks for permission to send and view SMS and to make calls.

If the Gugi banking Trojan does not receive all the permissions it needs, it will completely block the infected device. If this happens, the user’s only option is to reboot the device in safe mode and try to uninstall the Trojan, an activity that is made harder if the Trojan previously gained ‘Trojan Device Administrator’ rights.

Aside from these security workarounds and a few other features, Gugi is a typical banking Trojan: stealing financial credentials, SMS and contacts, making USSD requests and sending SMS as directed by the command server. To date, 93 percent of users attacked by the Gugi Trojan are based in Russia, but the number of victims is on the rise. In the first half of August 2016, there were ten times as many victims as in April 2016.

“Cybersecurity is a never-ending race,” said Roman Unucheck, Senior Malware Analyst, Kaspersky Lab. “OS such as Android are continuously updating their security features to make life harder for cybercriminals and safer for customers. Cybercriminals are relentless in their attempts to find ways around this, and the security industry is equally busy making sure they don’t succeed. The discovery of the modified Gugi Trojan is a good example of this. In exposing the threat, we can neutralize it, and help to keep people, their devices and their data safe.”

Protect against the Gugi banking Trojan

Kaspersky Lab advises Android users take the following steps to protect themselves against the Gugi Trojan and other malware threats: