Only 32 percent of IT and security professionals say their organisation has a high level of cyber resilience – down slightly from 35 percent in 2015, according to a global study involving 2,400 security and IT professionals, conducted by the Ponemon Institute. 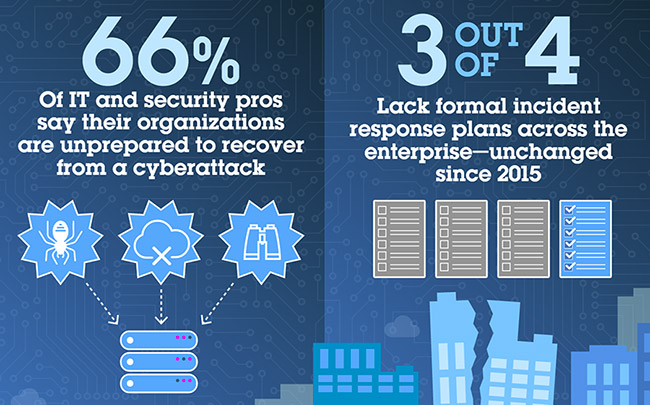 The 2016 study also found that that 66 percent of respondents say their organisation is not prepared to recover from cyberattacks.

For the second straight year, the study showed that challenges with incident response (IR) are hindering cyber resilience. Seventy-five percent of respondents admit they do not have a formal cyber security incident response plan (CSIRP) that is applied consistently across the organisation. Of those with a CSIRP in place, 52 percent have either not reviewed or updated the plan since it was put in place, or have no set plan for doing so.

Additionally, 41 percent say the time to resolve a cyber incident has increased in the past 12 months, compared to only 31 percent who say it has decreased.

According to respondents, an incident response platform (IRP) is among the most effective security technologies for helping organisations become cyber resilient, along with identity management and authentication, and intrusion detection and prevention systems.

The study also uncovered common barriers to cyber resilience. The majority – 66 percent – say “insufficient planning and preparedness” is the top barrier to cyber resilience. Respondents also indicate that the complexity of IT and businesses processes is increasing faster than their ability to prevent, detect, and respond to cyberattacks – leaving businesses vulnerable.

“While companies are seeing the value of deploying an incident response plan, there is still a lag in having the appropriate people, processes, and technologies in place,” said Dr. Larry Ponemon. “We are encouraged that this is becoming a more important part of an overall IT security strategy.” 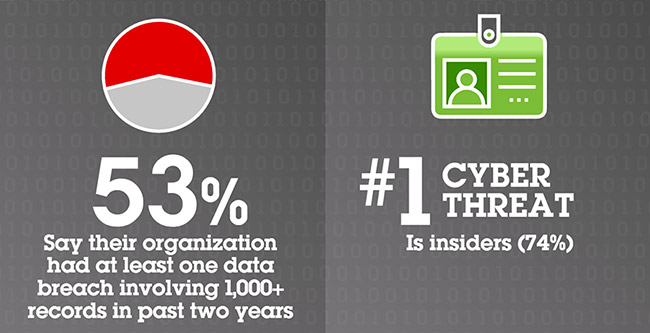 A lack of planning and preparation is the biggest barrier

Ability to respond to a cyberattack has not improved significantly