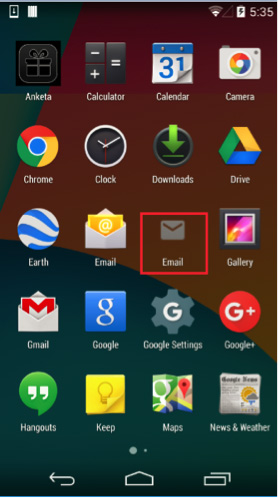 “There is a different customized login screen for each bank targeted by this malware.”

The malware hides the icon from the launcher once the malware is up and running, and victims might be tricked into believing that they have somehow failed to install the app.

But, in the background, the malware tries to prevent some 30 different anti-virus mobile apps from launching, collects information about the device (as well as the “installed app” list) and sends it to the C&C server, and waits for further instructions.

It can be made to intercept incoming SMS messages, send out mass text messages, update the targeted app list, set a new password for the device, and more.

At the moment, it does not pop overlays to steal credit card info (e.g. when the Google Play or PayPal app is started), but that can soon change.

The researcher says that to remove the app, victims must first disable the malware’s device administrator rights in Settings > Security > Device administrators > Device Admin > Deactivate, then uninstall the malware via ADB (Android Debug Bridge) by using the command ‘adb uninstall [packagename]’. Tech-unsavvy users might want to ask for help with that last step from friends and family who know how to do that.

Lu also recently analyzed another piece of malware that masquerades as an unnamed German mobile banking app. This one also targets five banks in Austria, as well as Google Play (asks users to input credit card info when they start the app).

This particular malware also comes in the form of a fake Flash Player app, and is after credit card info of users of several popular social media apps (Instagram, Skype, WhatsApp, Facebook, etc.).