Over one-third of organizations that experienced a breach in 2016 reported substantial customer, opportunity and revenue loss of more than 20 percent, according to the Cisco 2017 Annual Cybersecurity Report (ACR).

Now in its 10th year, the global report highlights challenges and opportunities for security teams to defend against the relentless evolution of cybercrime and shifting attack modes. CSOs cite budget constraints, poor compatibility of systems, and a lack of trained talent as the biggest barriers to advancing their security postures.

Leaders also reveal that their security departments are increasingly complex environments with 65 percent of organizations using from six to more than 50 security products, increasing the potential for security effectiveness gaps.

To exploit these gaps, ACR data shows criminals leading a resurgence of “classic” attack vectors, such as adware and email spam, the latter at levels not seen since 2010. Spam accounts for nearly two-thirds (65 percent) of email with eight to 10 percent cited as malicious. Global spam volume is rising, often spread by large and thriving botnets.

Measuring effectiveness of security practices in the face of these attacks is critical. Cisco tracks progress in reducing “time to detection” (TTD), the window of time between a compromise and the detection of a threat. Faster time to detection is critical to constrain attackers’ operational space and minimize damage from intrusions. Cisco has successfully lowered the TTD from a median of 14 hours in early 2016 to as low as six hours in the last half of the year. This figure is based on opt-in telemetry gathered from Cisco security products deployed worldwide.

The business cost of cyber threats

The 2017 ACR revealed the potential financial impact of attacks on businesses, from enterprises to SMBs. More than 50 percent of organizations faced public scrutiny after a security breach. Operations and finance systems were the most affected, followed by brand reputation and customer retention. For organizations that experienced an attack, the effect was substantial: 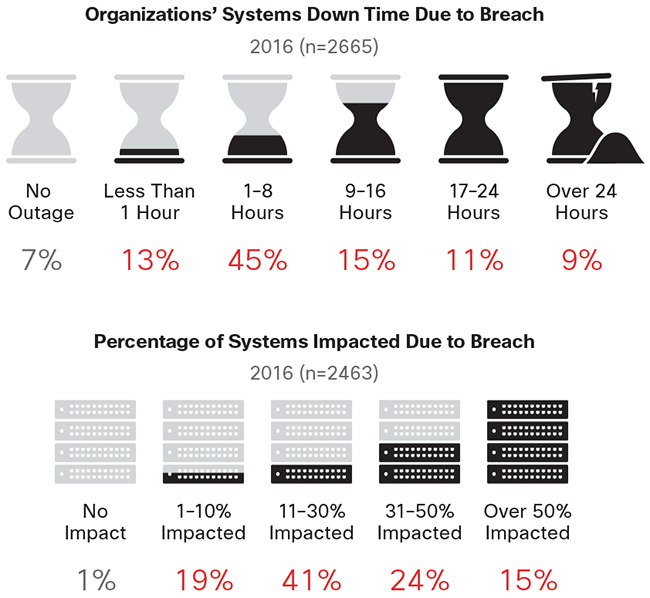 In 2016, hacking became more “corporate.” Dynamic changes in the technology landscape, led by digitization, are creating opportunities for cybercriminals. While attackers continue to leverage time-tested techniques, they also employ new approaches that mirror the “middle management” structure of their corporate targets.

“Cisco’s report highlights the relentless evolution of cybercrime and shifting attack methodologies being used to target organisations. The report once again reminds us how important it is to be prepared and have the right processes and people in place. Cyber-criminals continue to be innovative, and technology alone cannot protect us. The report highlights that businesses cannot investigate the alerts they receive today, simply deploying more detection technologies that generate additional alerts won’t help. It is becoming increasingly important for organisations to invest in security technologies and processes based on their ability to maximise the effectiveness of their security teams, allowing them to investigate quickly and focus on what matters,” said Darren Anstee, Chief Security Technologist at Arbor Networks.

The 2017 ACR reports that just 56 percent of security alerts are investigated and less than half of legitimate alerts remediated. Defenders, while confident in their tools, battle complexity and manpower challenges, leaving gaps of time and space for attackers to utilize to their advantage. Cisco advises these steps to prevent, detect, and mitigate threats and minimize risk: 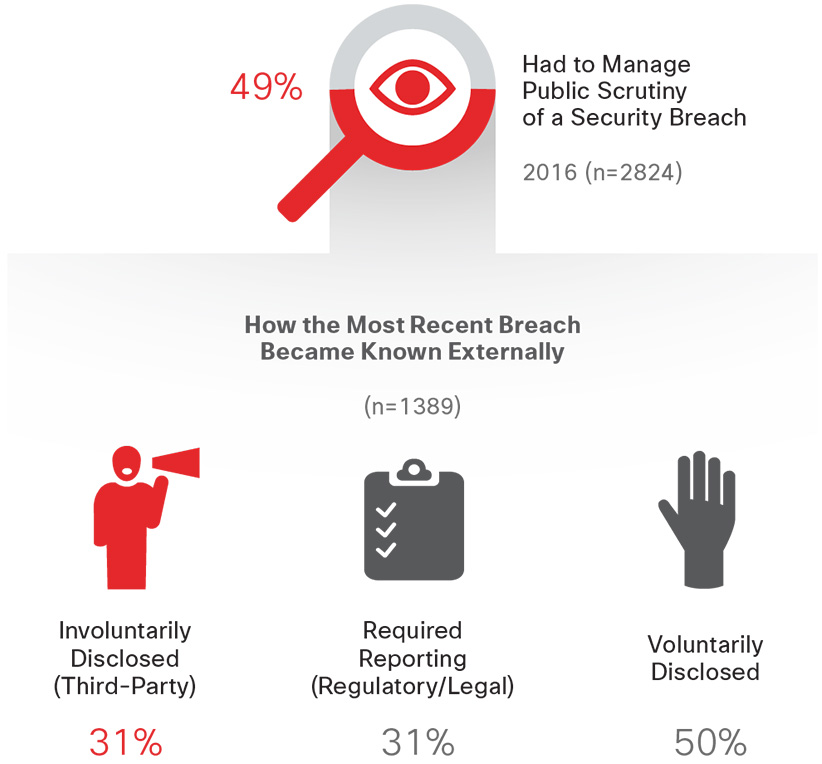 Cybersecurity has changed drastically since the inaugural Cisco Annual Security Report in 2007. While technology has helped attacks become more damaging and defenses become more sophisticated, the foundation of security remains as important as ever.