The results of a study of more than 900 IT security professionals, conducted by Dimensional Research, spotlights how common security best practices – such as timely removal of access to corporate data and applications, dormant account identification, and role administration – continue to be a challenge and concern for organizations worldwide.

How confident are you that all former users are fully de-provisioned in a timely manner? 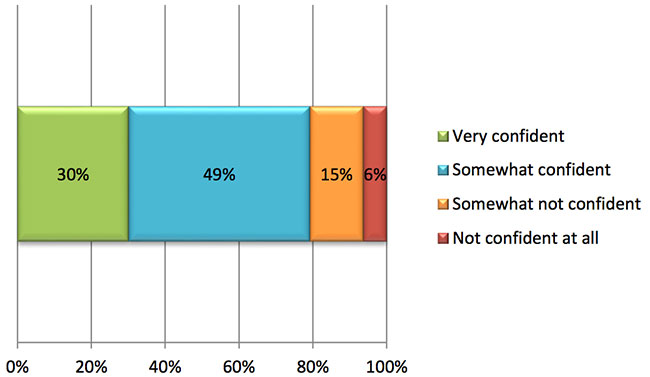 Most alarmingly, 70 percent of respondents express a lack of confidence that all former employees and employees changing roles are fully deprovisioned – or have their accounts changed or removed – in a timely enough manner. Therefore, their accounts remain open and available with active authorization even after an employee changes roles or leaves the organization.

Only 14 percent say they remove access for users immediately upon a change in HR status. Related findings point to concerning practices regarding management of dormant accounts. Only nine percent are confident that they have no dormant accounts, only 36 percent are “very confident” they know which dormant user accounts exist, and a remarkable 84 percent confessed that it takes a month or longer to discover these dangerous open doors into the enterprise.

Best practices demand that access be removed for employee accounts that are no longer active. In the case where an employee changes roles, access needs to be altered to provide the new access and authorization required for the new role and remove access that is no longer needed. Oftentimes, the removal of no-longer-needed access is overlooked. When user accounts are not deprovisioned (often called dormant accounts), they are open invitations for disgruntled employees, hackers or other threat actors, who can exploit the accounts and gain access to sensitive systems and information, resulting in data breaches or compliance violations.

The user account access and management challenges are not limited to legacy systems and data, as they also are relevant for newer technologies such as file-sync-and-share services like Box and Dropbox. Only 14 percent of respondents report deprovisioning access to these accounts in a centralized/automated manner.

Other findings provide further evidence of the challenges organizations face with regard to managing employee access to IT resources:

“Today, when employees leave an organization or change roles within the same organization, it’s more critical than ever that any access rights to the corporate network, systems, and data are revoked or modified to match their new status,” said John Milburn, president and general manager of One Identity. “The overwhelming lack of confidence that organizations are doing this in a timely manner means they are still grappling with these same critical issues, offering up a gaping security hole for former employees, or hackers to exploit those identities, and wreak havoc for hours, weeks or even months to come. Those that don’t finally get this under control are more likely than ever to suffer a significant breach, and all of the resulting major impacts on reputation, brand, and stock valuation.”

Does your enterprise have dormant users, where the accounts associated with the identities are not being used? 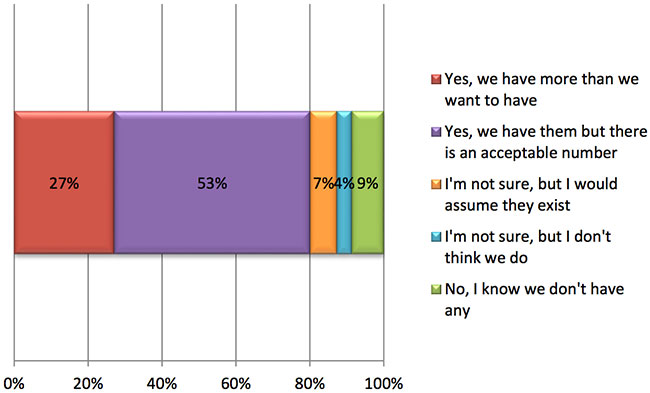 One of the easiest ways for malicious outsiders, or even insiders, to gain access into an organization’s IT network is by stealing user credentials such as user names and passwords. Once access is secured, a series of lateral movements and privilege escalation activities can procure access to the type of information and systems that are most coveted by bad actors, such as a CEO’s email, customer or citizen personally identifiable information, or financial records.

The more time inactive accounts are available to bad actors, the more damage can potentially be done, including data loss, theft and leakage, which could end up in irreparable damage to reputations, compliance violations, as well as possibly large fines and a significant drop in stock valuation.