Malware variants previously focused on the financial sector are now successfully attacking non-banking targets, according to Blueliv. A higher level of collaboration and intelligence-sharing between industries is ever-more crucial in the fight against cybercrime.

As the ‘public profile’ of cybercrime continues to increase, enterprises are encouraged to look at how they keep their businesses and customers safe by sharing intelligence, best practice and defense measures.

“When cyberattacks in one industry make headlines, organizations in other industries start to take notice. And when other organizations take notice and start taking proactive steps to strengthen their security posture, that is good news for all of us: the fight against cybercrime is a collaborative effort,” said Ramon Vicens, CTO at Blueliv.

The Blueliv Annual Cyberthreat Report reflects on notable cybersecurity incidents in 2017 to make informed predictions about the current state of play and areas which require immediate attention in the coming months.

The most significant trends identified in the report include: 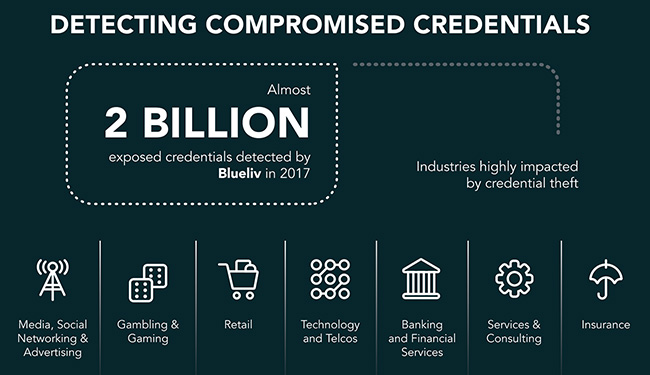 Other key findings include an overview of increased malware sophistication, with improved complexity, encryption, obfuscation and lateral movement techniques used by adversaries. These advances are put into context through an analysis of major data breaches and their implications for the organizations involved and the world at large.