Do security professionals like their jobs and would they recommend a career in cyber security to those looking into one? What do they like about their jobs and what motivates them in their work? Are they satisfied with their pay? What emerging technologies are they most excited about, and do they feel threatened by the increased use of AI and machine learning in their field?

Exabeam has posed these and other interesting question to 481 security professionals worldwide who decided to participate in their survey, and the results revealed that the overwhelming majority of respondents (over 74 percent) are satisfied with their jobs. In fact, less than 9 percent of them are unsatisfied with their current position.

The polled professionals are employed in a variety of security roles: 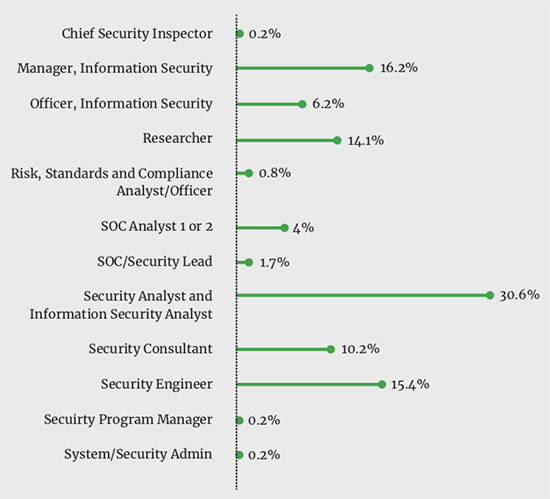 And, judging by their answers, most are male, well educated (71% have at least a bachelor’s degree), have been in the cyber security field for at least 6 years, and don’t fear that the increasing use of artificial intelligence and machine learning in security is a threat to their job security.

Most hold a variety of industry certifications, with CISSP, CEH, and CompTIA being the most widely held.

The pollees like many things about their jobs. At the top of the list are the fact that they are always learning something new, that they defend the company and catch threats, and the people they work with. 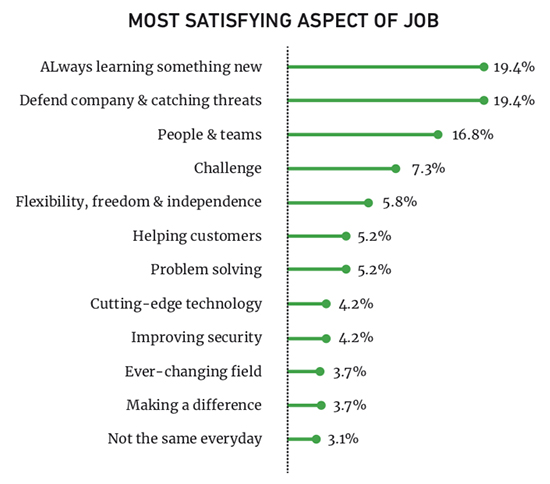 Nearly 80 percent of the pollees feel secure about the future of their jobs. What’s interesting is that half of the respondents who reported having very little job security also reported high job satisfaction.

Respondents whose primary responsibilities are adversary simulation, cloud security, compliance security, and packet analysis are the most satisfied with their jobs. Those who are responsible for security training and forensics reported being the least satisfied.

When it comes to salary, if shouldn’t come as a surprise that professionals working in North America consistently have higher median salaries ($75,001 – $100,000). Those in Latin America have the lowest.

Working in retail, government, healthcare and insurance generally means getting higher salaries than those who are employed in the education, energy, finance, manufacturing, telecom and tech sectors. Interestingly enough, those working in the automotive and construction sectors report high satisfaction with their salary. 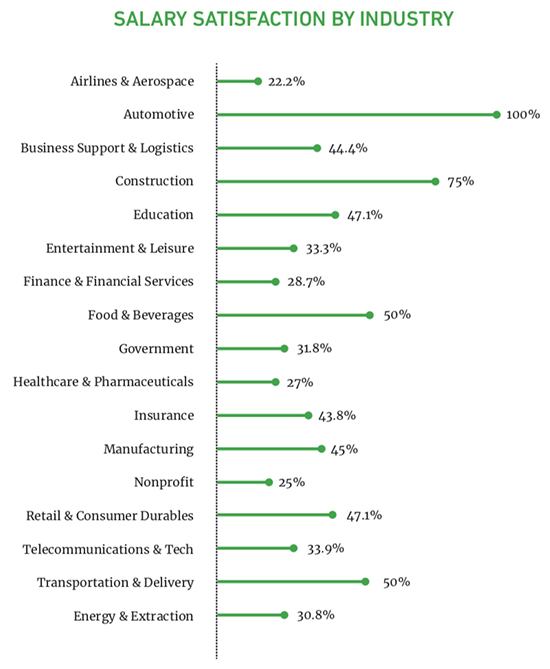 Not unexpectedly, those working in smaller companies draw, in general, a smaller salary than those in medium and larger ones. Expectedly, employees with longer experience in the industry can command greater salaries.

If you want to earn the big bucks, you should aim your sights at the Chief Security Inspector, Security Consultant, and Security Program Manager jobs. Security analysts, SOC analysts and security admins are the least well paid, but the latter, at least, report great job satisfaction.

A career of security analyst also comes highly recommended to new graduates, only 5 percent of the pollees recommended against it. When it comes to the most common advice security professionals would give to recent graduates wanting to enter the field, “Always keep learning,” “Get certifications,” and “Do what you love” top the list.