Approximately six in seven aerospace/defense companies (86 percent) expect to integrate blockchain into their corporate systems within three years, according to a new research report from Accenture. 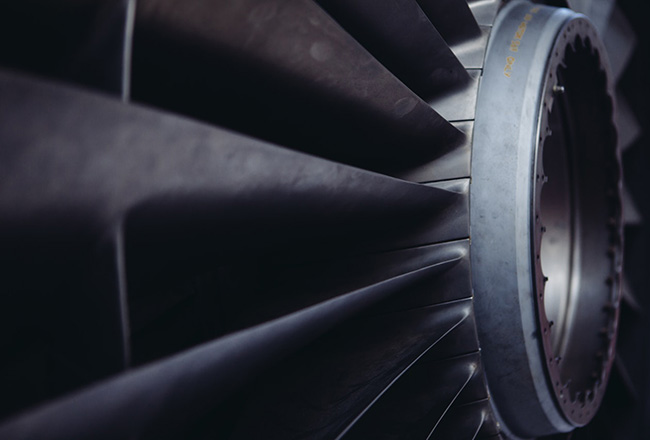 One of the world’s newest and most promising technologies, blockchain is a type of distributed ledger that maintains and records data in a way that allows multiple stakeholders to confidently and securely share access to the same information. Blockchain’s secure, immutable and decentralized features can help aerospace companies reduce maintenance costs, increase aircraft availability, and minimize errors in tracking aircraft parts.

“It is our opinion that blockchain is positioned to revolutionize the trust and transaction models across nearly every industry. Aviation, aerospace and the defense industry in general are especially interesting adopters of the technology given the nature of the content they process and implications of a potential breach,” Steve Povolny, Head of Advanced Threat Research for McAfee, told Help Net Security.

“What blockchain provides is a secure and simple transactional model, which allows an entire community of participants to validate transactions instead of a single entity. If implemented correctly, this concept decentralizes the trust model and provides much more visibility than we are accustomed to. The potential downside of the technology is simple; as a relatively new concept, we will be exposed to the growing pains that will inevitably accompany the growing implementations. Our goal with the McAfee Advanced Threat Research report on blockchain was to provide a starting point for an ongoing discussion highlighting some of the potential weaknesses we have seen, and the impacts we have observed in crypto currency, today the largest and most relevant implementation of blockchain. We will continue to expand this research and work with other partners such as Accenture, to highlight the benefits and pitfalls related to blockchain,” Povolny concluded.

The 86 percent of respondents from aerospace and defense companies who said they plan to integrate blockchain in their corporate systems by 2021 was higher than the percentage for all but two of the 18 industries surveyed as part of Accenture’s broader Technology Vision research.

“Blockchain is well-suited to improve the performance of one of the world’s most complex, globally interconnected and security-dependent supply chains,” said John Schmidt, who leads Accenture’s Aerospace & Defense practice globally. “This elegant and paradigm-shifting technology has the potential to deliver profound benefits for the hundreds of suppliers typically involved in the manufacturing of a single aircraft.”

What challenges can blockchain technology help with?

The survey findings point to numerous data challenges that blockchain technology can help address. For instance, Accenture’s research found that more than two-thirds (70 percent) of the aerospace and defense executives surveyed believe that companies will be grappling with growing waves of corrupted insights as more falsified data infiltrates their data-driven information systems.

In addition, nearly three-quarters (73 percent) of them believe that organizations are basing their most critical systems and strategies on data – yet many have not invested in the capabilities to verify the accuracy of that data. And the same number (73 percent) also believe that automated systems create new risks, including fake data, data manipulation and inherent bias.

“Blockchain was invented to solve the problem it went after. Because of its ‘success,’ people want to use this ledger system for all kinds of things that it is not necessarily a fit for. It also represents another ‘holy grail’ in information security. As with many technologies, as adoption increases, so do attacks,” said Rick McElroy, Security Strategist, Carbon Black.

Blockchain can help ferret out falsified data and verify its veracity because it provides a secure and unchangeable data chain. The technology can also help track and provide consistent aircraft configuration data throughout the supply chain, as aircraft manufacturers, maintenance providers and airlines currently keep track of configuration data in their own systems yet rarely if ever integrate that information with other companies’ data.

“Knowing the actual configuration of an in-service aircraft at any point time is important,” Schmidt said. “Blockchain enables aerospace and defense companies to securely share, capture and authenticate data from a single source.”

In another Accenture report, Accenture found that blockchain can be used in tandem with digital twins – which are digital representations of physical objects – and can be a supporting technology within a powerful tool known as a digital thread.

A large and diverse collection of interwoven data flows, a digital thread can provide more-efficient methods of sharing data throughout the product design, manufacturing and maintenance lifecycles, translating to faster and less expensive production, superior maintenance, and on-time upgrades.

“Blockchain, digital twins and digital threads are coalescing into a powerful combination of technologies that will launch the industry to higher levels of performance, data veracity, security and efficiency,” said Craig Gottlieb, a principal director in Accenture’s Aerospace & Defense practice.