“When examining the use of Python in attacks against sites we protect, the result was unsurprising – a large chunk, up to 77%, of the sites were attacked by a Python-based tool, and in over a third of the cases a Python-based tool was responsible for the majority of daily attacks. These levels, over time, show that Python-based tools are used for both breadth and depth scanning,” the company’s researchers pointed out. 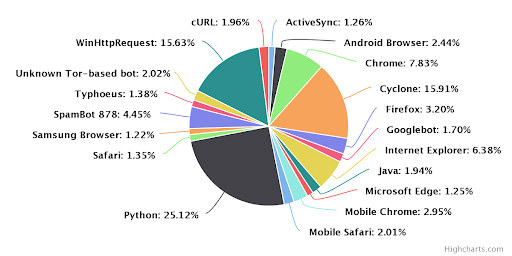 Python is easy to learn, install and deploy, and is slowly but surely becoming one of the most popular programming languages.

It is extensively used in the information security industry and is particularly helpful for exploit development (it’s versatile and requires minimal coding skills), so it shouldn’t come as a surprise that bad actors like it, too.

Also, given that many attack tools started as testing tools and are often freely available from repositories like GitHub, bad actors can easily take advantage of them.

Urllib and Python Requests are the two most popular Python modules used for web attack.

The applications and frameworks most targeted with Python tools are Joomla, WordPress, Struts and Struts 2. 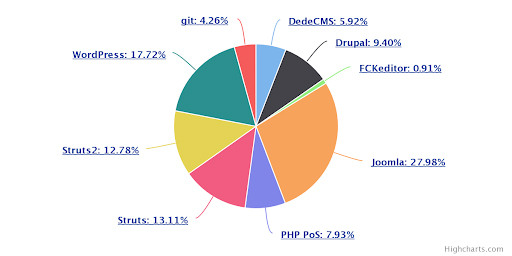 “The most popular HTTP parameter value we’ve seen used in attacks, responsible for around 30% of all different param values used, belongs to a backdoor upload attempt through a PHP Unserialize vulnerability in Joomla! using the JDatabaseDriverMysqli object. The backdoor uploaded payload is hosted on ICG-AuthExploiterBot,” they shared.