Alphabet subsidiary and tech incubator Jigsaw, which concentrates on creating solutions for “the toughest geopolitical challenges,” has released Intra, an Android apps that encrypts DNS queries. 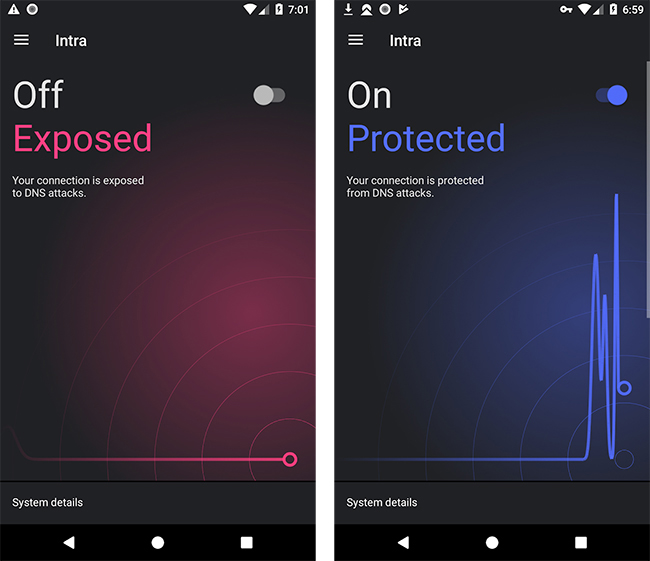 The app is available for Android users and should work on the vast majority of smartphones that run Android 4.0 or later. (There are no immediate plans to make an iOS version.)

The app points to Google’s public DNS service by default (and Google says that they don’t don’t track the apps one uses or websites one visits), but users can change the setting and point it to their own DNS server provider or Cloudflare’s DNS service.

“We initially tested Intra in Venezuela where we had heard and observed that DNS manipulation is frequently used to suppress journalism and political activism,” Justin Henck, a product manager at Jigsaw, told Wired.

“From that very small test Intra spread by word of mouth to reach thousands of users around the globe, which both shows that there’s a lot of demand and that DNS manipulation is a global problem that people are trying to protect themselves against.”

The app is easy to used and has already been downloaded over 10,000 times from Google Play, but judging by some of the reviews, it might not work perfectly all the time and these issues need to be ironed out.

The app’s source code can be found on GitHub where, to be fair, the developers say it’s an experimental tool.

As the company noted, 60 percent of all internet users live in countries that have engaged in some form of censorship and DNS manipulation is one of the most common forms of online censorship.

The recently released Android 9 (aka Android Pie) has built in support for DNS-over-TLS and automatically upgrades DNS queries to TLS if a network’s DNS server supports it, but Jigsaw engineers knew that most users who woud need this option are unlikely to have new smartphones and be able to upgrade to this version of the OS.