43% of the average company’s SaaS application stack changed in the last two years, according to the 2019 Annual SaaS Trends report. This is far greater than the typical employee churn rate. 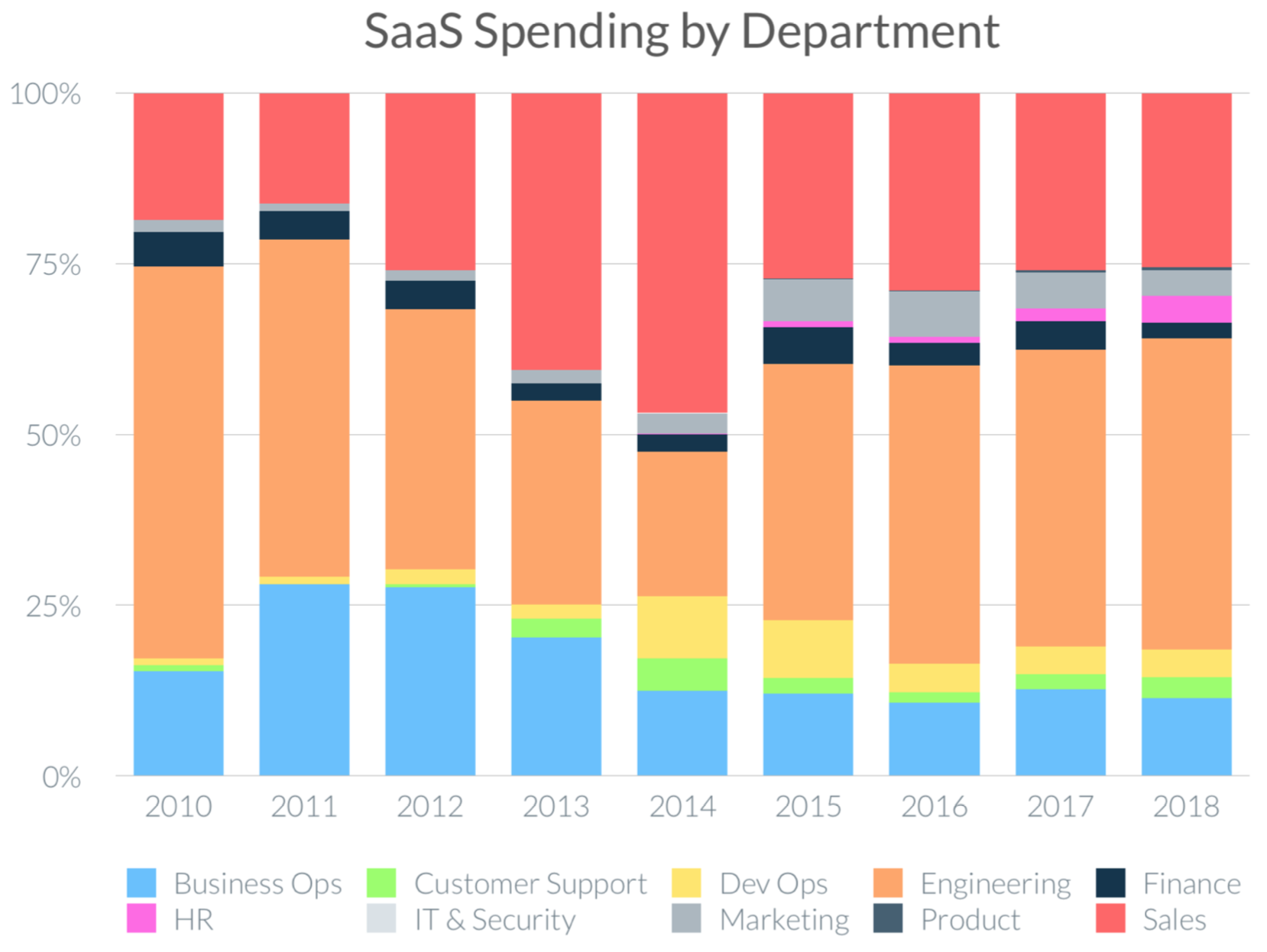 Meanwhile, spending has not slowed down – the average SaaS spend per company increased 78 percent year-over-year across organizations in Blissfully’s dataset. This rapid pace of technology change shows that organizations are willing to go to great lengths to increase their teams’ productivity and stay one step ahead of the competition.

“We’re seeing the adoption of SaaS spike across all departments, within companies of all sizes,” said Ariel Diaz, CEO of Blissfully. “No single stakeholder ‘owns’ IT management any more, which has been a major boon to employee productivity, since team leaders are able to quickly source and put new technologies into play. This rapid pace of change is also difficult for organizations to effectively manage as they grow. Blissfully’s 2019 SaaS Trends report shows that the distributed nature of SaaS is raising new financial, operational, and security issues that may not have been considered in the past.”

According to the report, the average company spent $343,000 on SaaS applications in 2018. However, many organizations aren’t effectively keeping track of this significant budget line item.

More than 70 percent of companies have SaaS subscriptions with no billing owner at all, which means they’re paying for apps that may be going completely unused. The average midsized company (200-to-500 employees) has 32 different billing owners for its SaaS applications, effectively distributing the task of IT budgeting across the entire organization.

Beyond budgeting, organizations should be concerned about the much deeper issue of security vulnerabilities in their SaaS stack. Though, they may not have the visibility necessary to truly understand the scope of the problem. The average midsized company uses 120 apps per company, but has about 2,500 app-to-person connections (what Blissfully calls the “SaaS Graph.”).

These connections can expose organizations to major security risks (such as a lack of proper account security or employees who aren’t effectively offboarded from apps when they leave an organization). The SaaS Graph’s complexity only compounds with an organization’s size, with companies with 1,000+ employees having an average of almost 20,000 app-to-person connections.

In summary, the report shows that companies of all sizes are continuing to invest in SaaS. However, many companies may be unaware or ignoring some of the risks that arise as IT management becomes decentralized and tech stacks rapidly change.