A majority (58 percent) of executives at SMBs are more concerned about suffering a major data breach than a flood, a fire, a transit strike or even a physical break-in of their office. 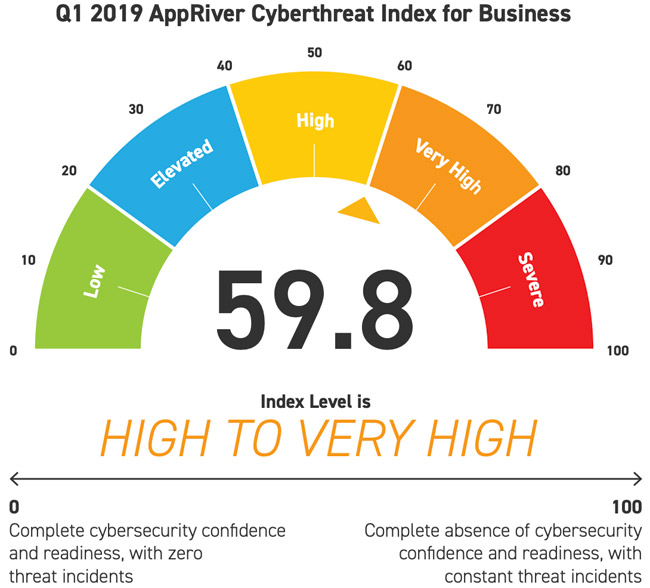 The figure jumps to 66 percent when measuring large SMBs (150-250 employees) that now fear a data breach would be more detrimental than traditional disasters for businesses, according to the inaugural AppRiver Cyberthreat Index for Business Survey.

“In today’s digital age, businesses rely on their intellectual property and use automated business processes more than ever before – bringing cybersecurity to the forefront,” said Dave Wagner, CEO of Zix Corporation, parent company of AppRiver. “The AppRiver Cyberthreat Index for Business Survey findings punctuate this evolution and highlight how businesses need to better prepare for cyberthreats.”

Nearly half of SMBs (48 percent) said a major data breach would likely shut down their business permanently. The percentage increased significantly with 71 percent of financial services and insurance SMBs reporting that a major breach would be fatal to their business. Healthcare and business consulting SMBs followed at 62 percent and 60 percent, respectively.

The survey further revealed that SMBs are more concerned about attacks from disgruntled ex-employees than highly publicized threats from nation-states, or even cyberattacks from competitors, rogue hacktivist groups or lone-wolf hackers.

While SMBs are concerned about cybercriminals, not all of them are on high enough alert. The hospitality industry is a prime example. Despite the 2018 Marriott breach of 500 million customer records, only 28 percent of hospitality-sector respondents believe their business is vulnerable to imminent threats of cybersecurity attacks, compared to 62 percent of respondents who work in technology and 47 percent in the financial sector.

Similarly, only 50 percent of hospitality respondents believe a successful cyberattack would cast short- and long-term business losses, compared to 72 percent each in the financial and healthcare sectors and 71 percent in the technology sector.

“Today, 6 in 10 U.S. SMBs go out of business within six months of a successful cyberattack,” said Troy Gill, a senior security analyst at AppRiver. “However, I often see a sizable gap between perceptions and reality among many SMB leaders, which is again evident in the inaugural index. They don’t know what they don’t know; the lack of preparedness becomes a dangerous weapon for cybercriminals.” 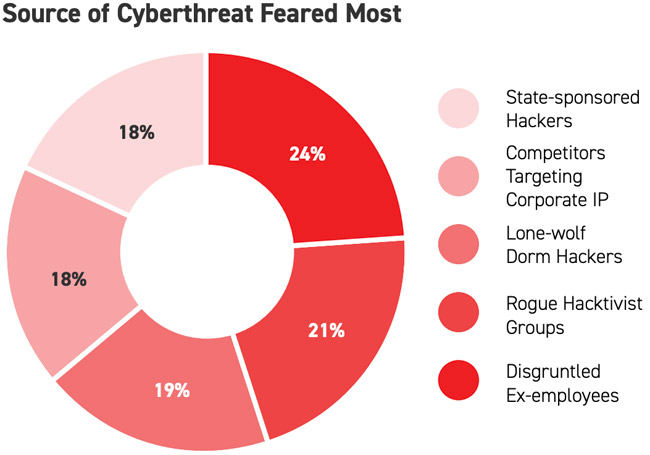 “The establishment of the AppRiver Cyberthreat Index for Business addresses a critical need to understand organizations’ cyber vulnerability and readiness,” she said. “The Index provides a benchmark for small- and medium-sized businesses and leaders to measure our collective cyber resiliency and emphasizes the importance of cybersecurity workforce development.”

The AppRiver Cyberthreat Index for Business surveyed 1,059 cybersecurity decision-makers in SMBs (less than 250 employees) in early 2019, covering diverse industry sectors and company sizes. The national study had a strong SMB leadership involvement with 80 percent of those surveyed holding titles of CEO, president, owner, CTO or head of IT.