53% of IT and business decision makers report their organization has encountered a critical cybersecurity issue or incident during a M&A deal that put the deal into jeopardy, a Forescout survey reveals. 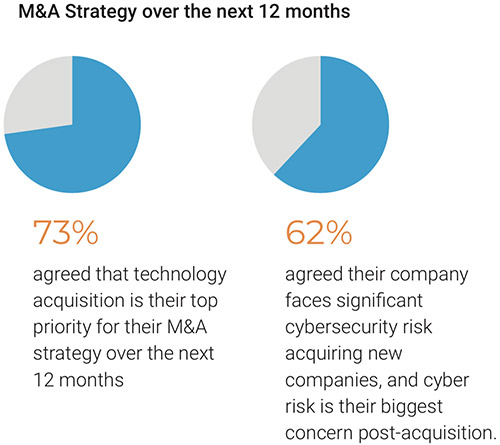 The importance of a healthy cybersecurity posture

The study, The Role of Cybersecurity in M&A Diligence, surveyed more than 2,700 IT and business decision makers across the United States, France, United Kingdom, Germany, Australia, Singapore and India to examine the growing concern of cyber risks and the importance of cyber assessment during M&A and the subsequent integration process.

“M&A activity can be a game-changing moment in a company’s history, but recent breaches shine the spotlight on cybersecurity issues and make one thing abundantly clear: you don’t just acquire a company, but you also acquire its cybersecurity posture and a potential trojan horse,” said Julie Cullivan, chief technology and people officer, Forescout.

“Cybersecurity assessments need to play a greater role in M&A due diligence to avoid ‘buying a breach.’ It’s nearly impossible to assess every asset before signing a deal, but it’s important to perform cyber due diligence prior to the acquisition and continually throughout the integration process.”

“Acquiring a company without proper cybersecurity due diligence is like buying a used car and taking the seller’s word it is in good condition,” said Joe Cardamone, senior information security analyst and NA privacy officer, Haworth.

“A company should not automatically trust the hygiene of IT assets. It’s critical to have full visibility into all connected devices and determine whether they are patched, configured properly, and free of malware.”

Proper cybersecurity evaluation takes time, but acquisitions often run on fast track. Many deals face a race to get across the finish line. Only 36% of respondents strongly agree that their IT team is given adequate time to review a targets’ cybersecurity standards, processes and protocols before completing an acquisition.

Devices often get overlooked and missed during integration as over half (53%) of ITDMs say they find unaccounted devices, including IoT and OT devices, after completing the integration of a new acquisition. 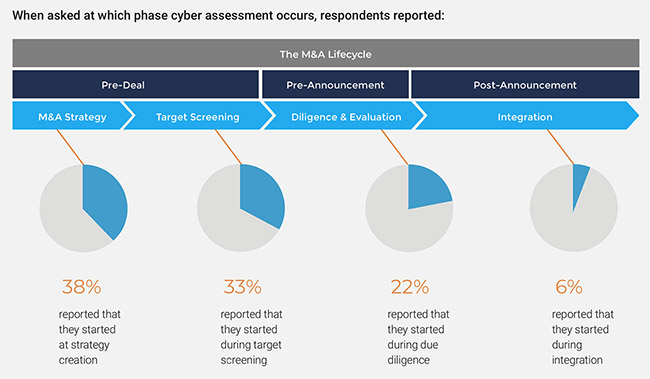