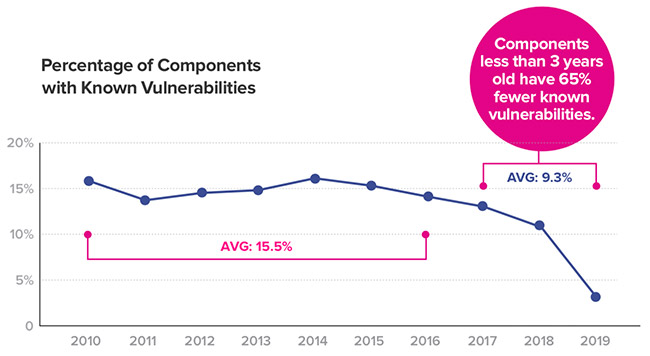 For the fifth anniversary report, Sonatype collaborated with Gene Kim from IT Revolution, and Dr. Stephen Magill from Galois and MuseDev. Together with Sonatype, the researchers objectively examined and empirically documented, release patterns and cybersecurity hygiene practices across 36,000 open source project teams and 3.7 million open source releases.

Supply and demand of OSS components at an all-time high 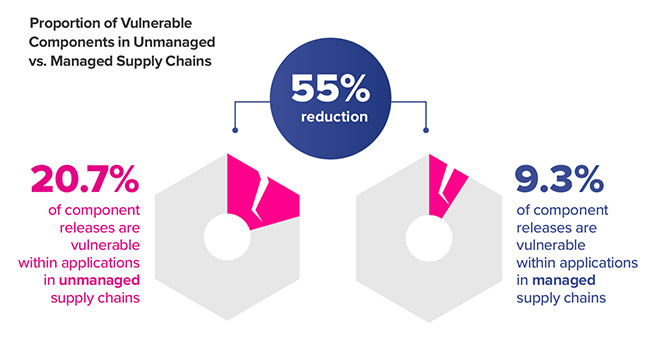 “We have long advised organizations that they should rely on the fewest open source components suppliers with the best track records in order to develop the highest quality and lowest risk software,” said Wayne Jackson, CEO of Sonatype.

“For organizations who tame their software supply chains through better supplier choices, component selection, and use of automation, the rewards revealed in this year’s report are impressive. Use of known vulnerable component releases were reduced by 55%.”