Most U.S. citizens acknowledge and accept that state and local government agencies share their personal data, even when it comes to personal information such as criminal records and income data, according to a new survey conducted by YouGov and sponsored by Unisys. However, the survey found they remain concerned about the security of the data. 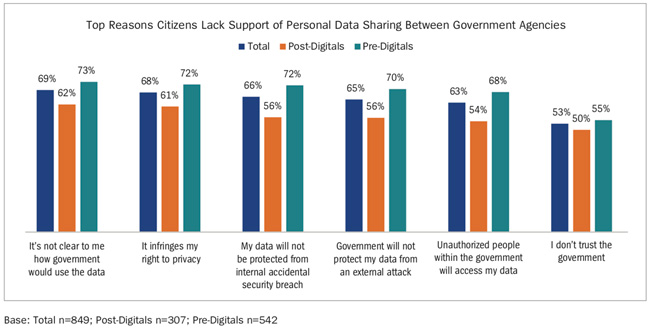 The survey of nearly 2,000 (1,986) U.S. citizens living in eight states found that more than three-quarters (77%) accept that their data is being shared between government agencies.

Most citizens believe government agencies are sharing sensitive information, including their social security numbers (60% stating they believe this data is being shared), employment status (56%), paid income tax (51%) and any criminal history (64%).

However, despite citizens’ broad acceptance of data sharing among agencies, many respondents registered concern about how these agencies are protecting their data and their privacy.

The most common concerns were a lack of clarity about how the government would use the data (69% concerned), infringement on privacy (68%), lack of protection from security breaches, even if accidental (66%), an external cyberattack (65%) and access to their data by unauthorized government officials (63%).

Of citizens who expressed concern about at least one type of data sharing, more than half (53%) reported that they do not trust the government.

“While U.S. citizens are aware that government agencies share their personal data with each other and appear to accept that as a fact, our survey results tell us that the government agencies holding this information need to do more to give them confidence their data and their privacy will be protected,” said Shawn Kingsberry, vice president and director, Government Solutions, Unisys.

“Agencies can address these concerns through data protection solutions that leverage technologies such as microsegmentation, encryption and dynamic isolation to limit the access to this data by those who are unauthorized to see it.” 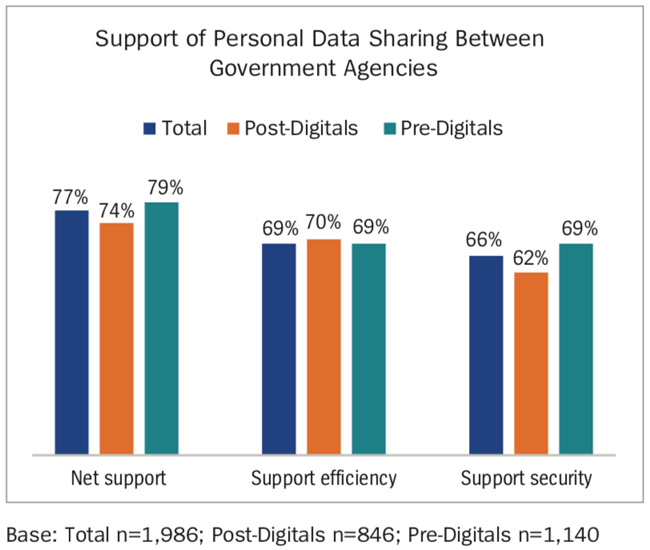 In addition, the survey found that citizens who prefer using a mobile device want a single point of access to multiple government agencies, with 60% registering a preference for a mobile optimized website and 49% for a single app.

Relatively few (24%) expressed a preference for different mobile apps for each agency they contact or engaging with government services via their social media accounts (19%).

“U.S. citizens clearly desire the convenience and efficiency of digital government tools that make it easier for them to get the information and services they need from state and local government agencies,” said Unisys Chief Information Security Officer Mathew Newfield.

“But our survey shows that governments must keep taking steps to ensure security and privacy as they move forward in implementing these services – steps that will be essential to their success.”