A large percentage of organizations and institutions are moving toward a rigorous, continuous testing model to ensure compliance, a Synack report reveals. 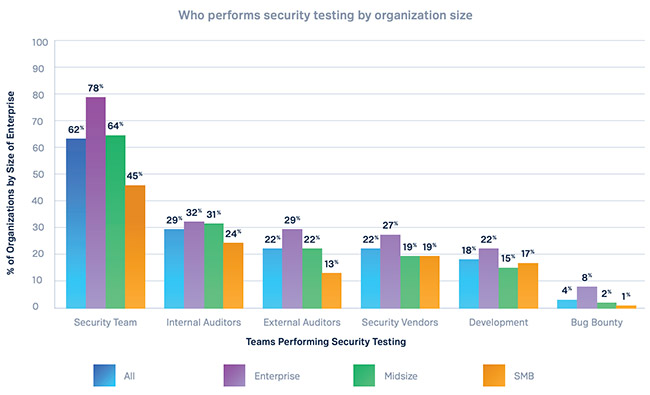 As part of this shift toward continuous testing, organizations are utilizing crowdsourced security testing to achieve regulatory compliance and real security, with adoption expected to increase four-fold in 2020.

With new compliance frameworks such as GDPR and CCPA drastically increasing the cost of a breach, organizations are racing to protect their data. In an increasingly connected, highly regulated and digital world, business leaders and decision makers are turning to outside vendors that can ramp up quickly in a cost effective manner.

As a result, the crowdsourced security testing space – which has already gained credibility for its significantly better ROI than more traditional, less frequent, and less secure methods – has surpassed all estimates and will continue to do so in 2020 and beyond.

“The rapid embrace of crowdsourced security testing has happened because it is proven to work better than traditional security testing methods and addresses the ever growing talent gap within organizations,” said Synack CTO Mark Kuhr.

“Although we are seeing a move toward a 24/7, 365 security culture at organizations in a wide variety of industries and geographies, there is still ample room for improvement,” said Aisling MacRunnels, Synack’s CMO.

“Our survey found that on average, most security tests are lasting just 20 hours. As the number of cyber incidents continues to increase, it will be imperative for decision makers to implement security testing solutions on a continuous basis with 1500-2000 hours of testing a year.”

Secondly, organizations are looking to crowdsourced security due to tremendous pressure from boards and regulators to remain compliant and secure. Regulatory frameworks and best practices mentioned in the report including GDPR and HIPAA are increasingly requiring or recommending an annual or more frequent audit with penetration testing.

The advent of trusted and structured crowdsourced penetration testing solutions build on that trend by providing the very best of human intelligence with artificial intelligence on a continuous cadence.

“This shift toward continuous crowdsourced security testing will allow organizations and institutions to have the best of both worlds by procuring technology that offers efficient and effective results while fulfilling best practice standards such as NIST 800-53 to meet compliance objectives,” said Kuhr.

In addition to helping identify a set of security and compliance best practices for a diverse set of industries, the report found security testing is becoming part of an organization’s normal routine rather than a once-a-year check of the box focused only on compliance.

44% of organizations and institutions surveyed are performing security tests on a monthly or weekly basis, which suggests they are moving toward the more effective continuous model that crowdsourced solutions enable.