Citrix and FireEye have teamed up to provide sysadmins with an IoC scanner that shows whether a Citrix ADC, Gateway or SD-WAN WANOP appliance has been compromised via CVE-2019-19781. 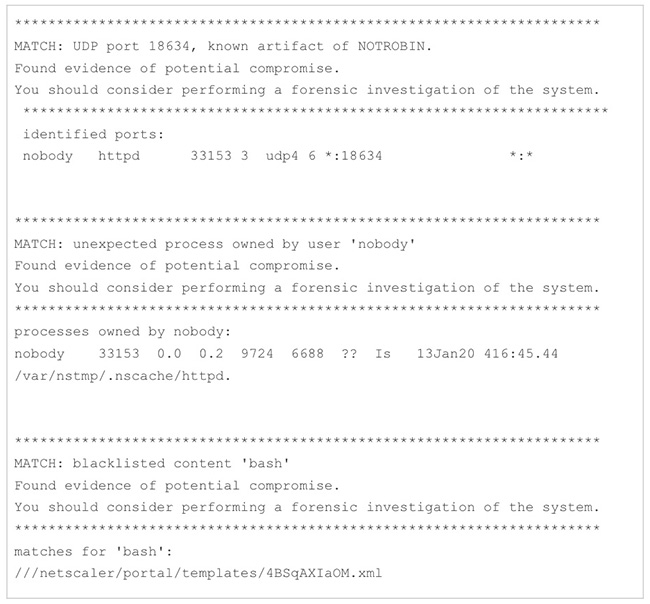 By now it should be widely known that CVE-2019-19781 – aka “Shitrix” – is a real and present danger: exploits for it abound and attackers are using them, while we wait for fixes for all affected devices to be released.

Though the number of vulnerable Citrix endpoints is declining rather quickly, we don’t know have many have been compromised since the start of the attacks.

Nearly two weeks ago, TrustedSec created a list of locations and indicators to search for on potentially compromised Citrix ADC hosts and shared instructions on how to check for them.

Citrix’s and FireEye’s new tool makes the search for IoCs much easier.

The IoC Scanner (as they call it) can be run directly on a live Citrix ADC, Gateway, or SD-WAN WANOP system, or can be used to inspect a mounted forensic image.

The tool can be used to inspect a mounted forensic image or on a live system. If used on the latter, it will scan files, processes, and ports for known indicators, and analyze available log sources and system forensic artifacts to identify evidence of successful exploitation of the flaw.

Its output will tell users whether there is: 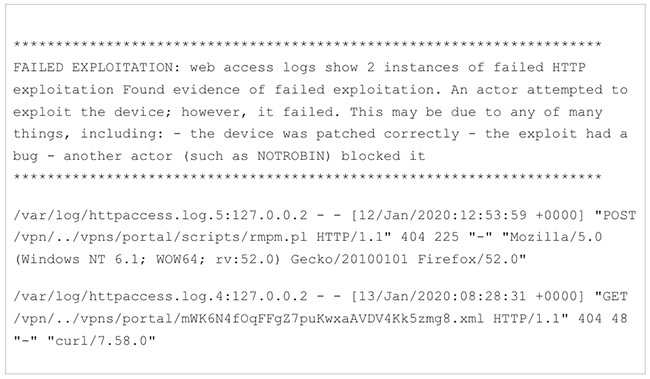 “Remember, the tool will not make an assertion that a system has not been compromised. The tool will only state when IoCs are identified,” FireEye made sure to point out.

They did not say whether they intend to update it with new indicators as they become aware of them.

But if the tool shows that IoCs are present, admins should definitely initiate a forensic investigation to determine the scope of the compromise.