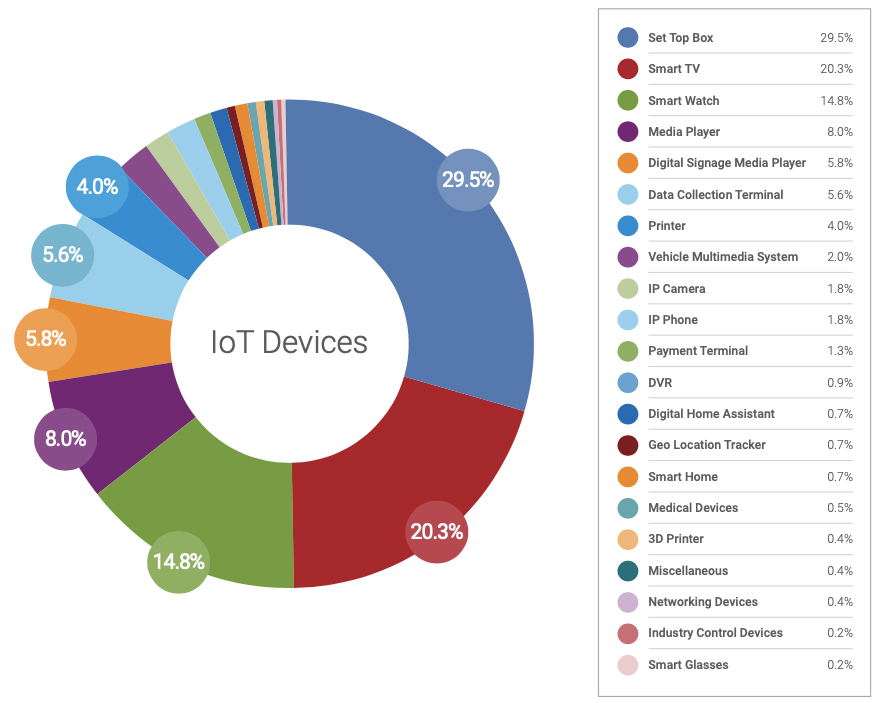 Organizations around the world are observing this Shadow IoT phenomenon, where employees are bringing unauthorized devices into the enterprise. With this onslaught of unknown and unauthorized devices, IT and security teams often won’t know these devices are on the corporate network nor how they impact an organization’s overall security posture.

“We have entered a new age of IoT device usage within the enterprise. Employees are exposing enterprises to a large swath of threats by using personal devices, accessing home devices, and monitoring personal entities through corporate networks,” said Deepen Desai, Vice President of Security Research, Zscaler.

“As an industry, we need to implement security strategies that safeguard enterprise networks by removing shadow IoT devices from the attack surface while continuously improving detection and prevention of attacks that target these devices.”

In response to the growing threat posed by Shadow IoT devices brought into the enterprise, IT organizations must first be able to gain visibility into the existence of unauthorized IoT devices that are already inside the network.

Organizations should be considering a zero trust approach that ensures any communication between devices and people is with known entities and is within their organization’s policy to reduce the IoT attack surface.