In January, Microsoft reported its fiscal 2020 second quarter results. Among the company’s many impressive accomplishments is a 62% growth (yeay-over-year) of its Azure cloud service. This secures the company’s spot as a dominant player in the cloud space for yet another quarter. 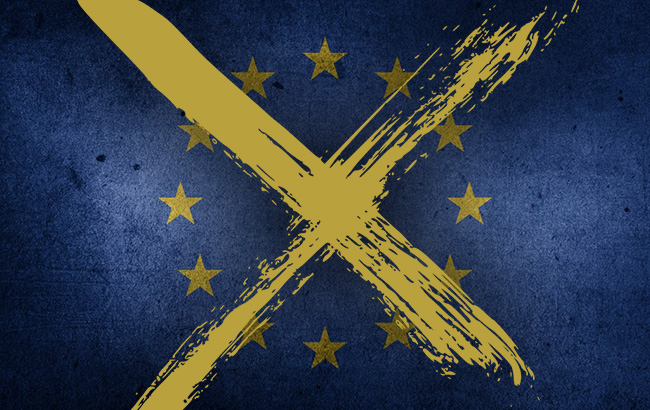 The leaderboard in the cloud wars saga has remained stagnant, with a few powerhouses dominating market share: US-based companies AWS (47.8%), Azure (15.5%) and Google Cloud (4%), as well as China’s Alibaba (7.7%). In the absence of European cloud companies emerging as top contenders, concerns arise around the lack of data sovereignty and self-determination as European companies increasingly rely on foreign cloud services.

In response, the European Commission, France, Germany and hundreds of companies have announced their own cloud initiative – Gaia-X. Gaia-X will ostensibly help European providers not only compete with the US and Chinese tech giants, but also ensure they have more control over their own data.

The announcement of the Gaia-X project has already caused backlash throughout the cloud space, with some US companies warning that this move will impose unnecessary national restrictions on a global economy.

Regardless of any company’s perspective on the project, the creation of Gaia-X has broad implications for the cloud space on an international scale. But given the domination of these established tech giants, will Gaia-X succeed in its goals?

European companies want their data back

To answer that question, it’s critical to understand the primary motivation behind the project. Gaia-X is not necessarily aiming to birth the next hyperscale cloud provider — it’s looking to retain more European control over European data.

As of now, European companies using US cloud providers are subject to US legal restrictions. Under the conditions of the Cloud Act, which went into effect last year, local authorities can order US providers to turn over any company’s data stored on servers regardless of where that company is based. Similar compliance laws exist in China.

It’s easy to see why European companies are dissatisfied with this arrangement. Factors like growing geopolitical concerns, trade disputes, political uncertainties and broad suspicion of near-monopolies like Amazon Web Services contribute to the drive to bring European data back home. As the majority of enterprises shift to the cloud, European brands balk at the idea that an increasing volume of sensitive data (such as intellectual property, research findings, public health information and more) is subject to the whims of foreign authorities.

Not to mention, European companies are rightfully concerned about the competitive advantages they lose without control over this data. As AI-powered strategies like machine learning become key differentiators for companies across verticals, US legal restrictions could hamper brands’ ability to access and leverage the data at the core of these initiatives.

That said, an ambitious project like Gaia-X is not easy to execute.

Gaia-X aims to shake up a field of few players

There’s a reason US providers (especially Amazon, which boasts close to half the total cloud market share) excel — and why many aren’t worried about a threat from a project like Gaia-X. For one, big players make financial sense. Hyperscalers like AWS and Alibaba offer highly competitive prices that emerging competitors can’t easily match. As companies scale, these price differences become even more dramatic.

Price considerations play an even more important role given the nature of most contractual agreements between brands and cloud providers. With attractive benefits like discounts and rebates tied to long-term agreements, companies risk huge penalty costs if they try to migrate to a new cloud provider.

Additionally, hyperscalers offer a high level of personalization and customer-specific service that is difficult to match. These big players have the resources to create and iterate features based around their clients’ hyper-specific needs. Many companies don’t have much wiggle room to even consider smaller providers that can’t keep up with these functionalities.

On top of that, security concerns strengthen the case to use a big cloud provider for many companies. With the minimum technical requirements of Gaia-X’s infrastructure still undefined, it’s hard to say whether leaders behind the push can convince small- to medium-sized enterprises that it offers the same level of security as its industry-leading competitors.

The presence of Gaia-X illustrates a changing cloud future

The bottom line is that Gaia-X faces major challenges. For Gaia-X to become a viable player, it needs to compete on a practical scale. At this point, most European companies on the cloud can’t afford to switch from a hyperscaler if their options aren’t as functional or financially feasible. The success of Gaia-X requires cooperation from players across Europe, as well as both public and private funding.

On a broader note, the emergence of Gaia-X highlights the fact that, though only few names have powered the cloud computing boom, there’s still room for innovation. If Europe wants a greater share of the cloud market, leaders will need to invest in more cloud computing projects like Gaia-X, drive efforts to improve security and develop the right regulations to gain ground in a new cloud-powered future.