Security researchers have analyzed contact-tracing mobile apps from around the globe and found that their developers have generally failed to implement suitable security and privacy protections.

The results of the analysis

In an effort to stem the spread of COVID-19, governments are aiming to provide their citizenry with contact-tracing mobile apps. But, whether they are built by a government entity or by third-party developers contracted to do the job, security has largely taken a backseat to speed.

Guardsquare researchers have unpacked and decompiled 17 Android contact-tracing apps from 17 countries to see whether developers implement name obfuscation, string, asset/resource and class encryption. They’ve also checked to see whether the apps will run on rooted devices or emulators (virtual devices). 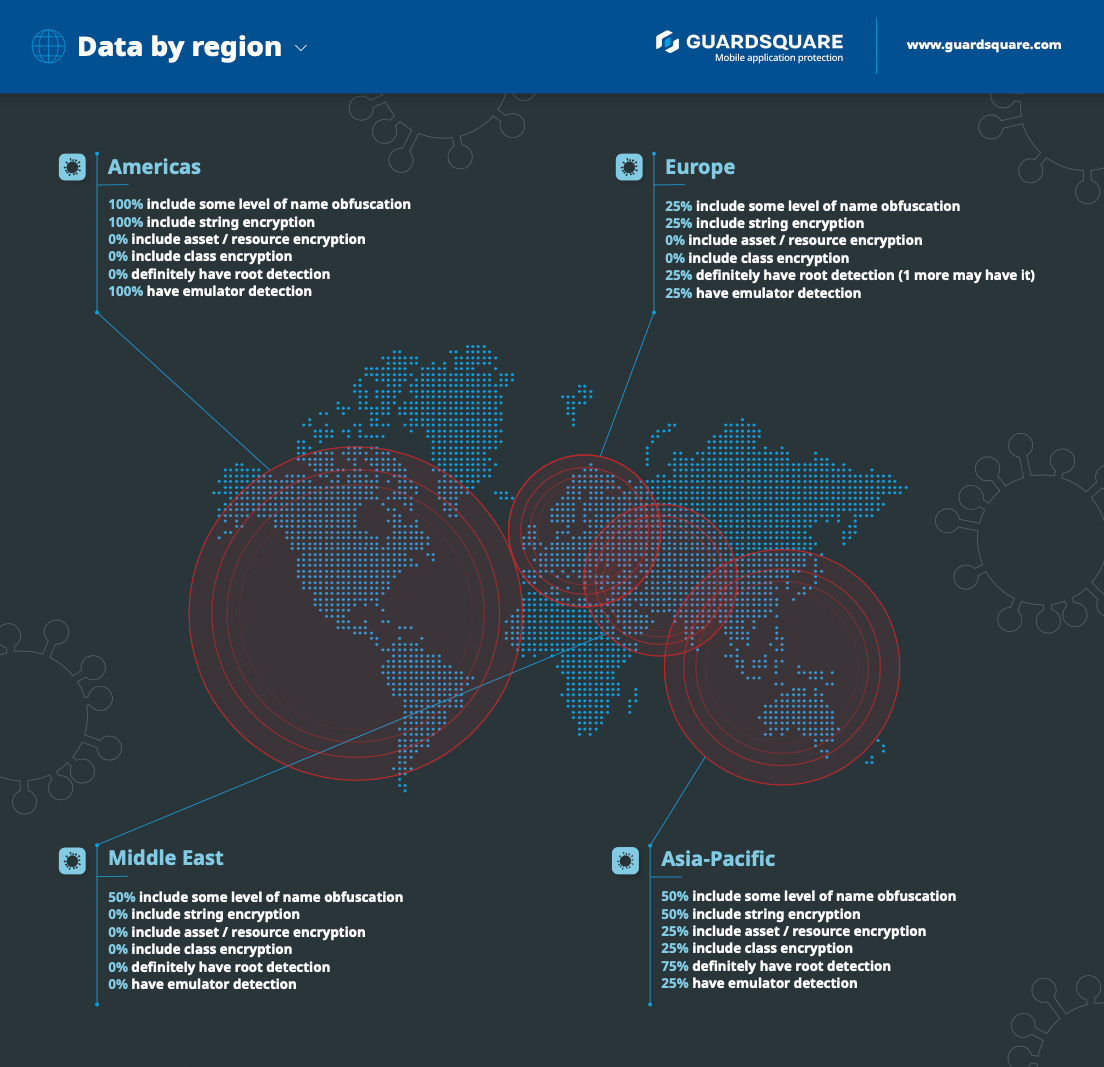 The percentages vary according to region (see above). Grant Goodes, Chief Scientist at Guardsquare, though made sure to note that they have not checked all existing contact-tracing apps, but that the sample they did test “provides a window into the security flaws most contact tracing apps contain.”

The looked-for protections should make it difficult for malicious actors to tamper with and “trojanize” the legitimate apps.

Name obfuscation, for example, hides identifiers in the application’s code to prevent hackers from reverse engineering and analyzing source code. String encryption prevents hackers from extracting API keys and cryptographic keys included in the source code, which could be used by attackers to decrypt sensitive data (for identity theft, blackmailing, and other purposes), or to spoof communications to the server (to disrupt the contact-tracing service).

These security and privacy protections are important for every mobile app, not just contact-tracing apps, Goodes noted, but they are particularly salient for the latter, since some of them are mandatory for citizens to use and since their efficacy hinges on widespread adoption.

“When security flaws are publicized, the whole app is suddenly distrusted and its utility wanes as users drop off. In the case of countries who build their own apps, this can erode citizen trust in the government as well, which further increases public health risks,” he added.