There has been a 200 percent increase in BEC attacks focused on invoice or payment fraud from April to May 2020, according to Abnormal Security. This sharp rise continues the trend. 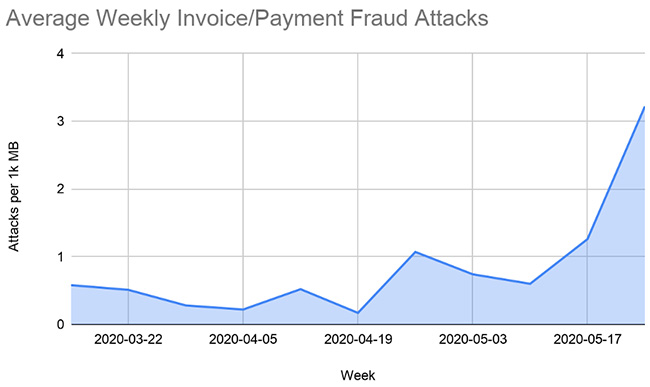 Also, according to the report, invoice and payment fraud attacks increased more than 75 percent in the first three months of 2020.

During invoice and payment fraud BEC attacks, attackers pose as vendors, suppliers or customers in order to steal money using tactics such as initiating fraudulent wire transfers or hijacking vendor conversations to redirect vendor payments. These types of attacks typically involve much larger dollar amounts compared to other types of BEC attacks since they target business to business transactions.

In one example, the Abnormal Security team detected and stopped an attempted invoice fraud targeting a telecommunications provider, preventing more than $700,000 in losses. The attacker impersonated a real vendor and methodically engaged numerous employees over the course of two months, eventually convincing the target to change banking details and redirect the payment of a legitimate invoice of over $700,000 to the attacker’s account before the transaction was prevented. 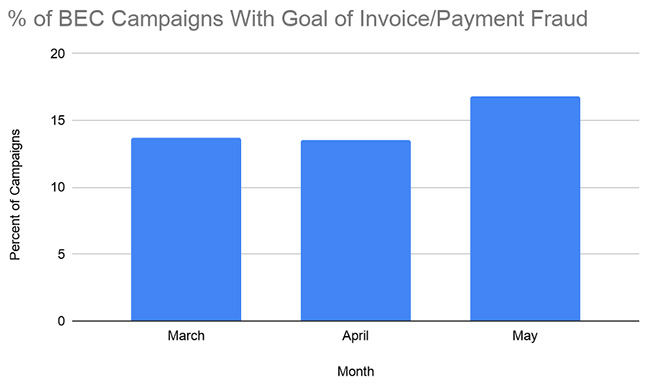 “While all business email compromise attacks can lead to significant financial loss, those focused on invoice and payment fraud can have an even greater financial impact,” said Evan Reiser, CEO and co-founder, Abnormal Security.

“Even when an organization has established best-in-class security, third-parties represent a weak link. As these types of attacks continue to climb, it’s more important than ever for companies to implement technology that detects and stops them.”