Online voting is likely to shape future election cycles, according to a study from OneLogin. 59% of respondents expect online voting will become a reality within five years. 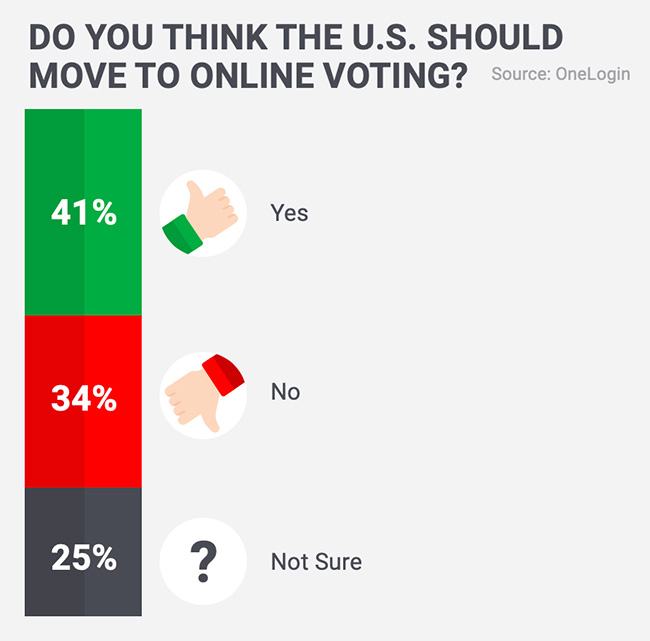 Though various demographics differ in their opinions about online voting, respondents shared concerns about the possibility of fraud and compromised data security.

49% of millennial and 55% of Gen Z voters believe that online options would make them more likely to vote while only 35% of those ages 74+ felt the same. Digital voting might also assist during the pandemic as 26% of respondents indicated COVID-19 could impact their likelihood of voting in the general election this fall.

Regardless of these divisions, respondents came together around two issues: convenience and security. Among those in favor of moving to online voting, 68% liked the potential convenience and 61% believed it would increase voter turnout. For those against it, the opportunity for fraud (77%) and lack of security (75%) were major concerns.

“The 2020 presidential election is happening in one of the most turbulent and divisive times in our country’s history,” said Brad Brooks, CEO and president of OneLogin.

“We were curious to understand the opinions around online voting and cybersecurity. The results speak to the demand and call for safe and secure identity management, today, in the 2020 election, and beyond.”

Most security experts agree that the process to cast a secure online vote would require multiple steps of authentication. Although 61% of respondents were willing to take up to three steps, 13% weren’t willing to take any security steps at all if voting online.

Similarly, 48% of voters would spend no more than five minutes logging in to vote, with only 5% willing to take more than 30 minutes, even though there are often long waits for in-person voting. 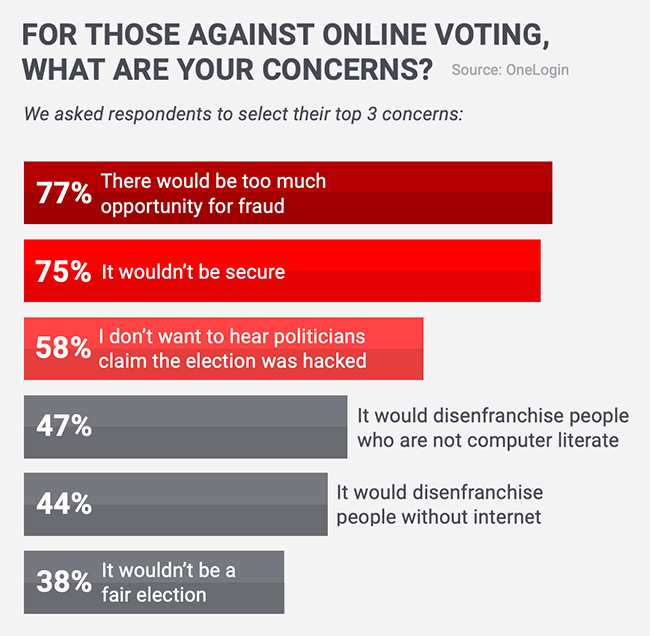 Who is the most trustworthy?

Trust will be another hurdle, as voters are uncertain which group is the most trustworthy to manage and administer online voting. Only 25% felt the government was best equipped, while 21% believed a private company could do it best and 20% would rely on a big tech company. Over 35% stated they wouldn’t trust any of the choices listed.

Other findings from the study include: