Confidence levels in securing the election are low, and declining, according to an ISACA survey of more than 3,000 IT governance, risk, security and audit professionals in the US. 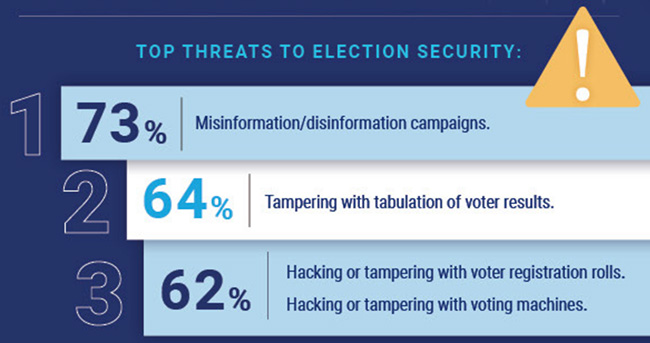 While federal, state and local governments continue to harden election infrastructure technical controls and security procedures, 56 percent of respondents are less confident in election security since the pandemic started—signaling the need for greater education of the electorate and training of election personnel to drive awareness and trust.

Respondents identified the following as the top threats to election security:

The combination of low confidence and high perception of threats requires a call to action, according to retired Brigadier General Greg Touhill, ISACA board director and president of the AppGate Federal Group. “The overwhelming majority of localities have sound election security procedures in place, but the public’s perception does not match the reality.”

“This means that governments, from the county level on up, need to clearly and robustly communicate about what they are doing to secure their election infrastructure. As the study indicates, the most real threat to the election—impacting all candidates from all parties—is misinformation and disinformation campaigns.” 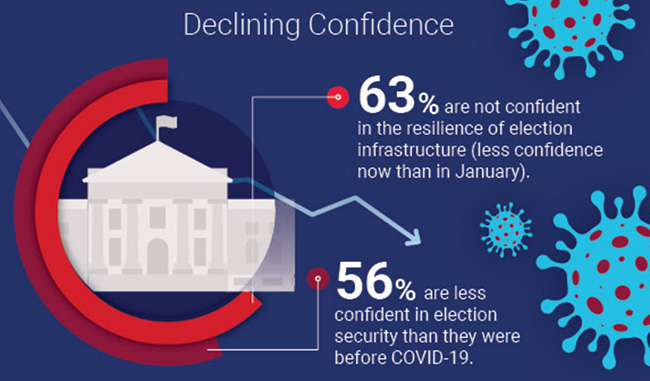 How to ensure voter confidence and accountability

The survey found that respondents believed the following actions could help ensure voter confidence and accountability: