Two weeks after someone (allegedly the US Cyber Command) temporarily interrupted the operation of the infamous Trickbot botnet, a coalition of tech companies headed by Microsoft has struck a serious blow against its operators. 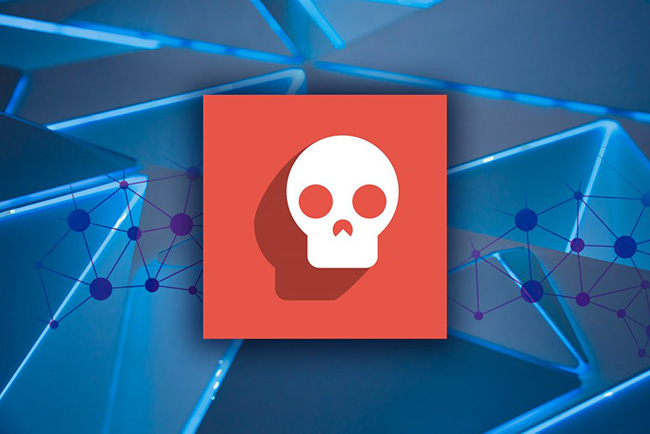 “We disrupted Trickbot through a court order we obtained as well as technical action we executed in partnership with telecommunications providers around the world. We have now cut off key infrastructure so those operating Trickbot will no longer be able to initiate new infections or activate ransomware already dropped into computer systems,” shared Tom Burt, corporate VP, Customer Security and Trust, Microsoft.

About Trickbot and the Trickbot botnet

Trickbot, which dates back to 2016, was originally a banking trojan, but due to its modular nature it is now capable of much more: gathering saved and entered credentials, browser histories, network and system information, installing a backdoor, harvesting email addresses, running various commands on a Windows domain controller to steal Active Directory credentials, launching brute force attacks against selected Windows systems running a RDP connection exposed to the Internet, and downloading and loading ransomware on the infected computer.

The malware is often delivered through spam and spear phishing campaigns, and occasionally through the Emotet botnet.

“In recent times, Trickbot has been implicated in targeted ransomware attacks, where credentials stolen by the malware were used by the Ryuk ransomware operators to compromise victims’ networks and encrypt all accessible computers. This assessment has been confirmed by Europol, which recently noted that ‘the relationship between Emotet [another botnet], Ryuk and Trickbot is considered one of the most notable in the cybercrime world’,” Symantec (Broadcom) researchers noted.

“Trickbot has infected over a million computing devices around the world since late 2016. While the exact identity of the operators is unknown, research suggests they serve both nation-states and criminal networks for a variety of objectives,” Burt explained, and noted that beyond infecting end user computers, Trickbot has also infected a number of IoT devices, such as routers.

Since late September, Trickbot has been hit twice by (then-unknown) attackers.

According to Brian Krebs, they first pushed out a new configuration file to Windows computers infected with Trickbot, instructing them to consider 127.0.0.1 (a “localhost” address) their new control server.

These efforts, which were subsequently revealed to have been mounted by the US Cyber Command, did not permanently affect the botnet.

But the technical and legal efforts lead by Microsoft and supported by FS-ISAC, ESET, Lumen’s Black Lotus Labs, NTT and Broadcom’s Symantec division are expected to considerably affect the botnet’s operation.

After gathering enough information about the botnet’s operation and C&C servers, Microsoft went to the United States District Court for the Eastern District of Virginia, which then court granted approval for Microsoft and partners to “disable the IP addresses, render the content stored on the command and control servers inaccessible, suspend all services to the botnet operators, and block any effort by the Trickbot operators to purchase or lease additional servers.”

The operation will be followed by further action by ISPs and CERTs around the world, who will attempt to reach Trickbot victims and help them remove the malware from their systems.

“This action also represents a new legal approach that our DCU is using for the first time. Our case includes copyright claims against Trickbot’s malicious use of our software code. This approach is an important development in our efforts to stop the spread of malware, allowing us to take civil action to protect customers in the large number of countries around the world that have these laws in place,” Burt pointed out.

“While our work might not remove the threat posed by TrickBot, it will raise the cost of doing business for the criminal gang behind the botnet because they will be forced to divert resources away from exploitation activities in order to rebuild the parts of their infrastructure that we disrupted,” the Black Lotus Labs team noted.

Microsoft has managed to disable 62 of the 69 Trickbot C&C servers.

“The seven remaining servers are not traditional command-and-control servers but rather internet of things (IoT) devices Trickbot infected and was using as part of its server infrastructure; these are in the process of being disabled,” Burt explained.

“As expected, the criminals operating Trickbot scrambled to replace the infrastructure we initially disabled. We tracked this activity closely and identified 59 new servers they attempted to add to their infrastructure. We’ve now disabled all but one of these new servers.”

Burt notes that the fight to take down the Trickbot botnet continues but that, in the meantime, it’s operations during peak election activity have been partially disrupted.

“Anytime a botnet’s server infrastructure is eliminated, the attempt to rebuild is not as simple as setting up new servers. New servers need to be provisioned to begin talking with the botnet’s infected devices and issuing commands, all of which takes time. We have identified new Trickbot servers, located their respective hosting provider, determined the proper legal methodology to take action, and completely disabled those servers in less than three hours. Our global coordination has allowed a provider to take quick action as soon as we notify them – in one case, in less than six minutes. What we’re seeing suggests Trickbot’s main focus has become setting up new infrastructure, rather than initiating fresh attacks, and it has had to turn elsewhere for operational help,” he added.