COVID-19 has forced developer agility into overdrive, as the tech industry’s quick push to adapt to changing dynamics has accelerated digital transformation efforts and necessitated the rapid introduction of new software features, patches, and functionalities. 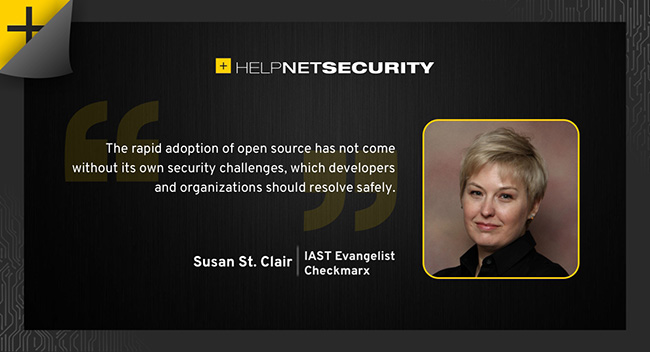 During this time, organizations across both the private and public sector have been turning to open source solutions as a means to tackle emerging challenges while retaining the rapidity and agility needed to respond to evolving needs and remain competitive.

Since well before the pandemic, software developers have leveraged open source code as a means to speed development cycles. The ability to leverage pre-made packages of code rather than build software from the ground up has enabled them to save valuable time. However, the rapid adoption of open source has not come without its own security challenges, which developers and organizations should resolve safely.

Here are some best practices developers should follow when implementing open source code to promote security:

Know what and where open source code is in use

First and foremost, developers should create and maintain a record of where open source code is being used across the software they build. Applications today are usually designed using hundreds of unique open source components, which then reside in their software and workspaces for years.

As these open source packages age, there is an increasing likelihood of vulnerabilities being discovered in them and publicly disclosed. If the use of components is not closely tracked against the countless new vulnerabilities discovered every year, software leveraging these components becomes open to exploitation.

Attackers understand all too well how often teams fall short in this regard, and software intrusions via known open source vulnerabilities are a highly common sources of breaches. Tracking open source code usage along with vigilance around updates and vulnerabilities will go a long way in mitigating security risk.

Teams should carefully consider the level of support offered for a given component. It’s important to get satisfactory answers to questions such as:

It’s no secret that COVID-19 has altered developers’ working conditions. In fact, 38% of developers are now releasing software monthly or faster, up from 27% in 2018. But this increased pace often comes paired with unwanted budget cuts and organizational changes. As a result, the imperative to “do more with less” has become a rallying cry for business leaders. In this context, it is indisputable that automation across the entire IT security portfolio has skyrocketed to the top of the list of initiatives designed to improve operational efficiency.

While already an important asset for achieving true DevSecOps agility, automated scanning technology has become near-essential for any organization attempting to stay secure while leveraging open source code. Manually tracking and updating open source vulnerabilities across an organization’s entire software suite is hard work that only increases in difficulty with the scale of an organization’s software deployments. And what was inefficient in normal times has become unfeasible in the current context.

Automated scanning technologies alleviate the burden of open source security by handling processes that would otherwise take up precious time and resources. These tools are able to detect and identify open source components within applications, provide detailed risk metrics regarding open source vulnerabilities, and flag outdated libraries for developers to address. Furthermore, they provide detailed insight into thousands of public open source vulnerabilities, security advisories and bugs, to ensure that when components are chosen they are secure and reputable.

Finally, these tools help developers prioritize and triage remediation efforts once vulnerabilities are identified. Equipped with the knowledge of which vulnerabilities present the greatest risk, developers are able to allocate resources most efficiently to ensure security does not get in the way of timely release cycles.

Confidence in a secure future

When it comes to open source security, vigilance is the name of the game. Organizations must be sure to reiterate the importance of basic best practices to developers as they push for greater speed in software delivery.

While speed has long been understood to come at the cost of software security, this type of outdated thinking cannot persist, especially when technological advancements in automation have made such large strides in eliminating this classically understood tradeoff. By following the above best practices, organizations can be more confident that their COVID-19 driven software rollouts will be secure against issues down the road.