The majority of UK businesses using Oracle E-Business Suite (EBS) are running on old versions of the business critical ERP system, according to a Claremont study. 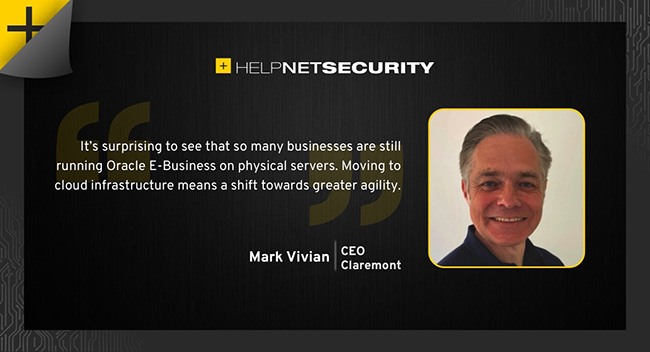 Of the 154 IT professionals polled, 64% revealed they are running on an earlier version that the current R12.2. With Oracle cutting off premier support to EBS 12.1 in December 2021, this leaves these businesses facing potential legislative and security issues if they fail to upgrade prior to the deadline.

58% of the businesses polled claimed they did intend on making the upgrade to R12.2.

“Businesses intent on upgrading to EBS R12.2 face a race against the clock in order to get it done in time. There is now just 14 months until the deadline, and while that may seem like a long time, given that the survey indicates almost two-thirds of businesses are currently looking to upgrade, there is likely to be resource scarcity in the marketplace. With upgrades taking 6-12 months to complete, vendor selections to be made and business cases to be raised, now is the time to act,” said Mark Vivian, CEO at Claremont.

Mark Vivian added: “It’s surprising to see that so many businesses are still running Oracle E-Business on physical servers. Moving to cloud infrastructure means a shift towards greater agility, crucial for organisations to survive and thrive in response to the accelerating pace of change in today’s marketplace.”