The global cloud security market is projected to account for $20.9 billion by 2027, according to a report by Million Insights and is expected to grow with 14.6% CAGR from 2020 to 2027. Growing investment in cloud infrastructure and an increasing number of cyber attacks are expected to drive the market growth. 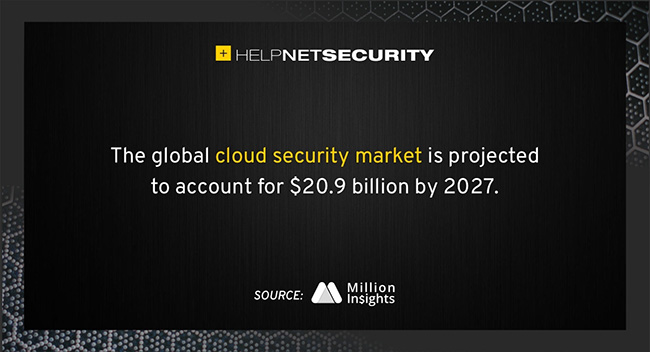 The cloud infrastructure is gaining popularity due to several benefits such as scalability, flexibility, cost-effectiveness, and on-demand services.

Additionally, the emergence of hybrid cloud to a tussle between private and public cloud has given several frameworks and platforms to cloud users to choose from. The adoption of cloud has been gaining traction in recent years, thereby security concerns among cloud users have been increased.

What fuels demand for cloud security?

The demand for cloud security is expected to increase during the forecast period due to the rising number of cyber attacks, and data breaches.

In addition, industry players are also playing an important role in implementing compliance laws and regulations according to industry-wide standards. Increasing policy implementation and demand for security services are expected to drive the cloud security market growth in the next few years.

Further, technologies like convergence and virtualization coupled with initiatives like computer emergency readiness teams (CERTs) is expected to support for implementing security at a high level for cloud infrastructure.