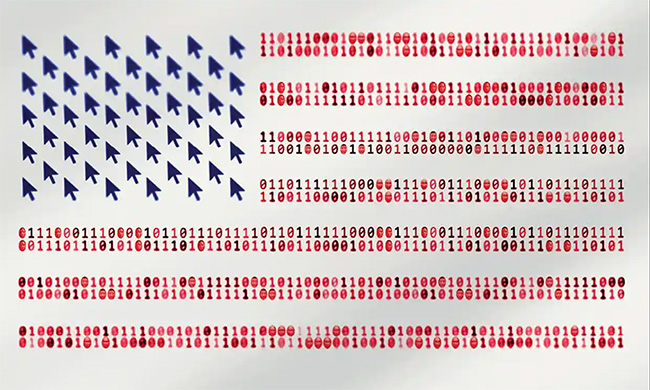 John Maggio, an award-winning producer, director, and writer, known for The Newspaperman: The Life and Times of Ben Bradlee (2017), Panic (2018), The Italian Americans (2015) and others, based this documentary on the homonymous best-selling book by David E. Sanger.

Released at the peak of the US 2020 election campaign and just before the election itself, the documentary examines the harsh reality of today’s conflicts between nations, relying not so much on physical weapons but rather on attacking the enemy in a more stealthy and unpredictable way, with cyber weapons.

Based on the information gained from interviewing top military, government and intelligence officials, the documentary implies that the first cyber weapon ever used by one state against another is Stuxnet, a malicious worm launched by the US and Israel to sabotage the Iranian nuclear program. Of course, it was never publicly admitted, but it led to Iran responding by hacking a casino in Las Vegas.

This sparked the need to reevaluate all the threats against the country and place cyber threats among the top three. From this moment on, it is clear that we are at the point of no return. Cyber weapons are relatively cheap and as such can be used by any country, rich or poor, to greatly, or even irreversibly, harm another country or company.

As an example, the documentary covers the circumstances around the North Korea’s Sony Pictures hack and how a comedy movie ended up to be the spark that ignited this hack, costing the company millions of dollars, but mostly harming the brand, since the hackers managed to steal a lot of data and release it to the public.

This also raised the question: how does a country respond to such an attack since it’s not government-related?

But then came 2016 and the US presidential election, which was controversial because of the Russian interference that tried to harm Hillary Clinton’s campaign to secure Donald Trump’s presidency.

What this incident caused, most of all, was the public starting to have doubts about the US democracy and future elections. It also placed Russia at the top of the most powerful cyber nations, especially after the NotPetya attack which impacted many companies around the world.

Then 2020 and the COVID-19 pandemic happened. The documentary shows how it shifted the priorities and how hacking is used to gain political and economical power, especially when it comes to creating an effective vaccine. At this moment, that is where the money and the attention is.

Who is it for?

It’s a very US-centered documentary but carries a general message: every country is vulnerable and everyone can fall victim to a cyberattack.

It gives a clear and nontechnical explanation of how the hacking attacks worked and the damage they caused, but also how they can affect our lives. They can influence the way we think and alter how we perceive things and events.

Being a one-sided documentary though, it puts the US into the role of “the good guy”, while everyone else is viewed as “the bad guy”. That’s understandable since the author is American, but watching it as a non-US citizen you can’t help but be a little bothered by it.

Nevertheless, it is a captivating and spine-chilling documentary, that will make anyone stop and think about the world we are living in. It might also trigger a sense of helplessness because, really, what can we do about it?