97 percent of senior security executives say attackers are increasingly trying to steal one or more types of credentials, a CyberArk survey reveals. 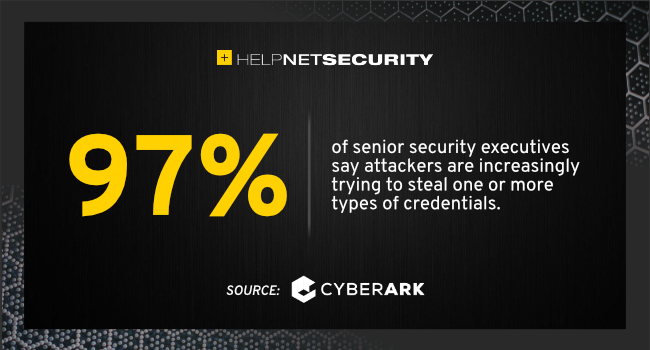 As organizations move assets to the cloud, increase third-party access to corporate resources, and enable sustained remote work models, attackers are targeting non-traditional user populations that may not be adequately protected.

A marked shift in spear-phishing and impersonation attack patterns

A need for security solutions that work despite internal constraints

Because attackers recognize the value of non-IT identities and are exploiting weaknesses in protecting these identities because of operational challenges, there is a need for security solutions that work despite internal constraints:

“As new identities multiply across the enterprise, this survey emphasizes the importance of a zero trust-based approach to identity security. For security leaders seeking to mitigate the risks of spear-phishing, impersonation attacks and other forms of compromise, we believe the peer experiences captured in the CISO View reports will serve as an invaluable tool, no matter where their organization is on the zero trust maturity curve.”