A Benenson Strategy Group study surveyed over 700 adults on their concerns about ID theft and cybercrime, the type of help they feel they would need to address those concerns, and which institutions they trust with alleviating those concerns. 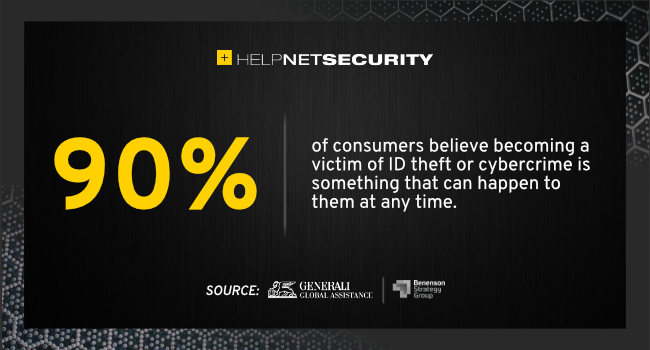 Chris Carnicelli, CEO of Generali Global Assistance, commented on the findings, “Consumers are looking for an ID theft hero that can provide them with comprehensive protection before an incident occurs and help save the day when their identity is comprised. To find that hero, they’re turning to the institutions they already trust to protect their sensitive data for guidance as well as comprehensive ID theft and cyber protection services.”

76% of respondents said they were worried about ID theft while 34% indicated they were very worried. This outranked other common fears like:

Paige Schaffer, CEO of Global Identity & Cyber Protection at Generali Global Assistance, concluded, “The 76% of respondents who indicated that ID theft and cybercrime was one of their top concerns are right to be worried since identity fraud was responsible for $56 billion worth of losses last year according to Javelin’s 2021 ID Fraud Study.

“After conducting our first study back in 2017, we felt the time was right to go back to see how these concerns may have changed, hoping consumers felt more confident in combatting ID theft and cybercrime. Unfortunately, we saw that concern was still elevated, and even more worrisome, consumer education hasn’t seemed to improve with 50% respondents still indicating they wouldn’t know where to begin when it comes to protecting themselves from ID theft and cybercrime.”

Consumers look to institutions they trust for a hero