Bugcrowd released a report which provides CIOs and CISOs valuable insight on ethical hackers and the economics of security research. New findings indicate a startling shift in the threat landscape with 8 out of 10 ethical hackers recently having identified a vulnerability they had never seen before. 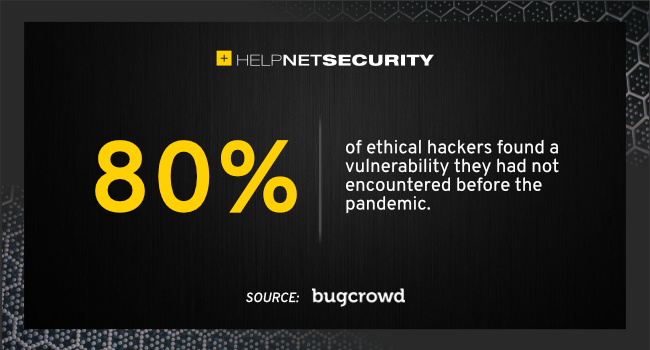 This comprehensive annual study offers an in-depth look at ethical hackers to reveal how they reduce risk, which industries leverage their expertise most, and what organizations are doing to attract high-performing security researchers to their programs. It also indicates the growing geographic disparity in crowdsourced cybersecurity investment, with continental Europe allocating 79% less budget to ethical hacking than North America.

The report analyzes survey responses and security research conducted on the Bugcrowd Platform from May 1, 2020, to August 31, 2021, in addition to millions of proprietary data points collected on vulnerabilities from 2,961 security programs.

Cybercrime now represents more than one percent of global GDP, costing organizations an estimated $1 trillion in losses in 2021. Ethical hackers are challenging the powerful forces behind these attacks, enabling companies to continuously secure their digital assets and software development lifecycle (SDLC) with greater efficiencies than traditional approaches.

“The work I do is good for all people—not just for me,” said an ethical hacker from Jordan who is known professionally by his online handle, th3g3nt3lman. “It is about making an impact. I like that I’m securing online services used all around the world and helping people to trust their technology without being scared.”

Ethical hackers are multigenerational and younger than ever. Faced with the worst job market since the Great Depression and disproportionate job loss throughout the pandemic, 54% of Gen Z (born 1997–2012) report using their skills as digital natives to kick-start ethical hacking careers. 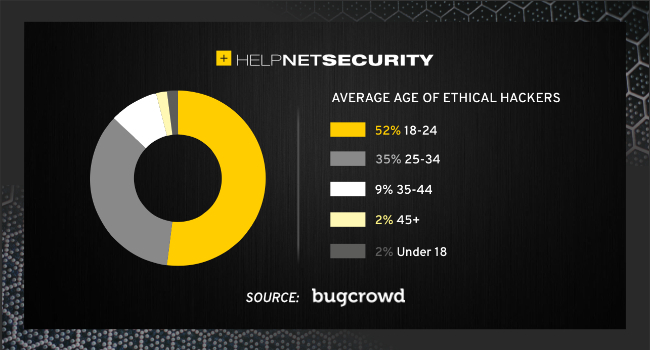 “Hacking has long been maligned by stereotypical depictions of criminals in hoods, when in fact ethical hackers are highly trusted and industrious experts who empower organizations to release secure products to market faster,” said Ashish Gupta, CEO and President, Bugcrowd.