Kubernetes changed how we structure, deploy, and run our applications and became a de-facto standard for running infrastructure at scale. With the rapid adoption of container-based technologies, organizations are increasingly concerned about the security of their Kubernetes clusters. And they should be! While cloud and enterprise distributions provide solid security capabilities, they require tuning according to match organizational security needs. 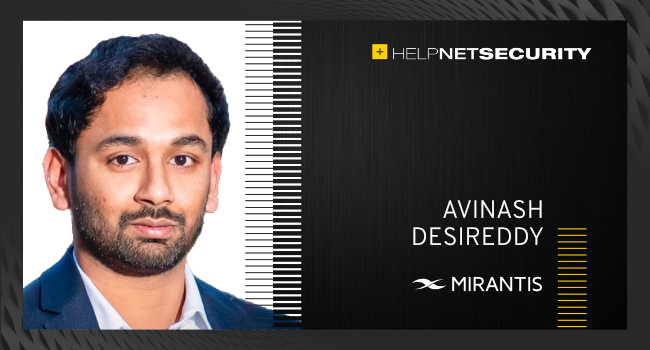 In this article, I’ll go over three fundamental areas you need to consider to protect a Kubernetes cluster:

Let’s consider an organization with three application teams (Blue, Green, and Red). Because these teams are working on different products, they should be given different access to the Kubernetes cluster. For example, the Green and Red teams should not be able to see, access, or delete what the Blue team deployed.

RBAC is a way to control what Kubernetes resources users can access. While RBAC is enabled by default, you must configure it to use it.

There are 5 key elements to RBAC:

Let’s go back to our organization example and define a policy where only the Blue team can create, delete and list Pods, Deployments, and Services.

First, we create a Role object named `role-blue`, where we define the actions that can be performed on specific Kubernetes resources. In this specific case, the Role enables the actions `create`, `delete`, and `list` to be performed on the resources; `pods`, `deployments`, and `services`. 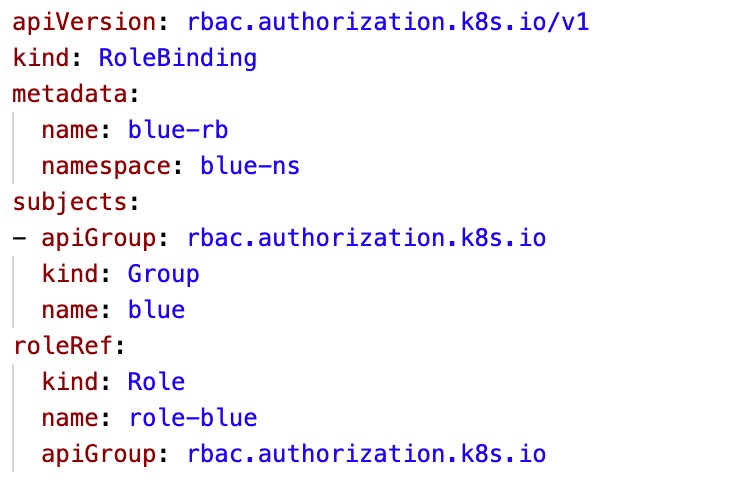 Once these resources are applied to the cluster, the users from the `blue` team will have the ability to perform the operations defined in `role-blue`.

Open Policy Agent (OPA) is a general-purpose policy engine that unifies policy enforcement across the stack. Its high-level declarative language provides flexibility to specify policy as code. You can use OPA to enforce policies in Kubernetes, CI/CD pipelines, API gateways, and more. Let’s dive into how to use and implement it in Kubernetes.

The Kubernetes implementation of OPA is called Gatekeeper. It is designed and deployed as an AdmissionController that intercepts requests, processes them, and responds back with a permit or deny response.

When permitted, the object gets deployed on the cluster; otherwise, the request will be rejected and feedback provided to the user. Administrators can define policies that instruct Kubernetes to limit the resources such as memory or CPU that containers or namespaces can consume, approve only containers based on images from specific registries, restrict NodePort service creation, or enforce standard naming.

For example, here is a sample template and constraint policy that allows creation of Pods only when ResourceQuota is configured in a namespace. 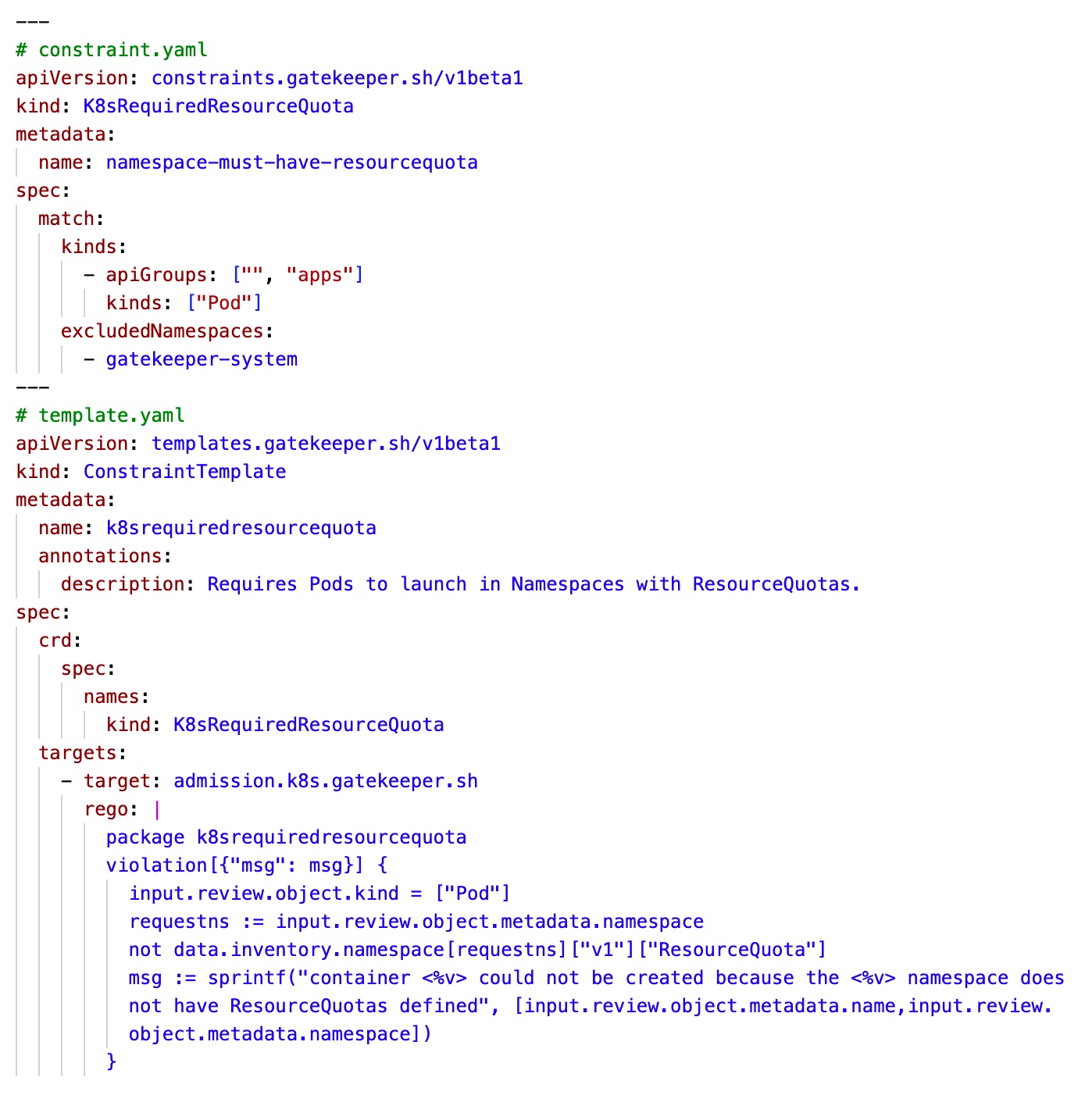 Network policies are very similar to a regular firewall but differ in the sense that they are application-centric. When you define a network policy for an application, Kubernetes automatically applies those rules to the associated containers due to the highly dynamic environment in which containers are constantly created and terminated. Network policies control the flow of traffic to or from these containers.

By default, network traffic to and from Pods is not restricted. A good starting point is to set a deny-all traffic rule, and then only allow necessary traffic.

By default, Kubernetes uses a flat network structure allowing any Pod to communicate with other Pods or Services in the cluster. In a cluster with multiple applications or multi-level applications, defense-in-depth plays a key role in securing the communication layer. Network policies allow us to achieve that.

Here is an `app1-network-policy` that applies the following rules in the `blue` namespace for the Pods with label “role=db”: 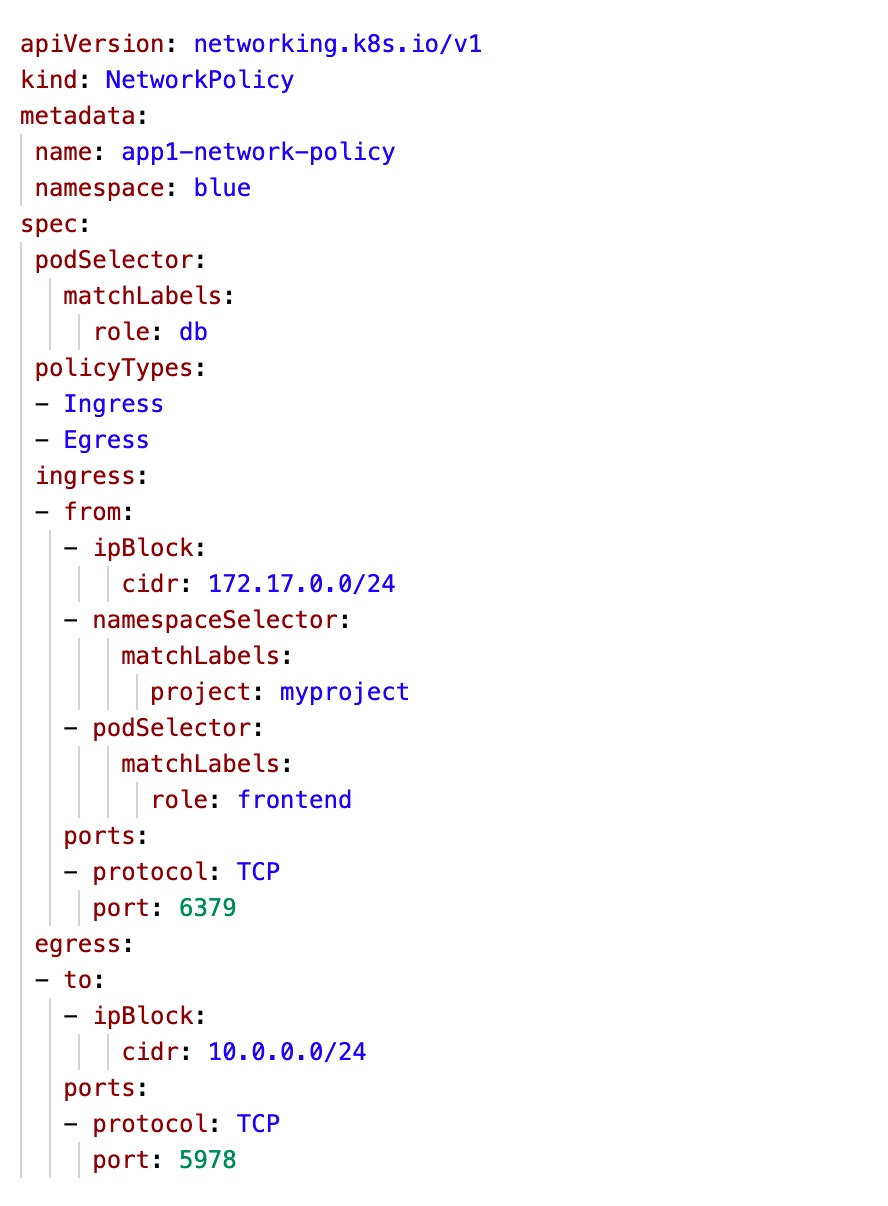 With RBAC, OPA, and network policies in place, you can protect your Kubernetes cluster by assuring that contributors have the proper access, that security policies are enforced, and that the network is tightly secured.