Global research commissioned by ReversingLabs and conducted by Dimensional Research, revealed that software development teams are increasingly concerned about supply chain attacks and tampering, but barely a third said they can effectively vet the security of developed and published code for tampering. 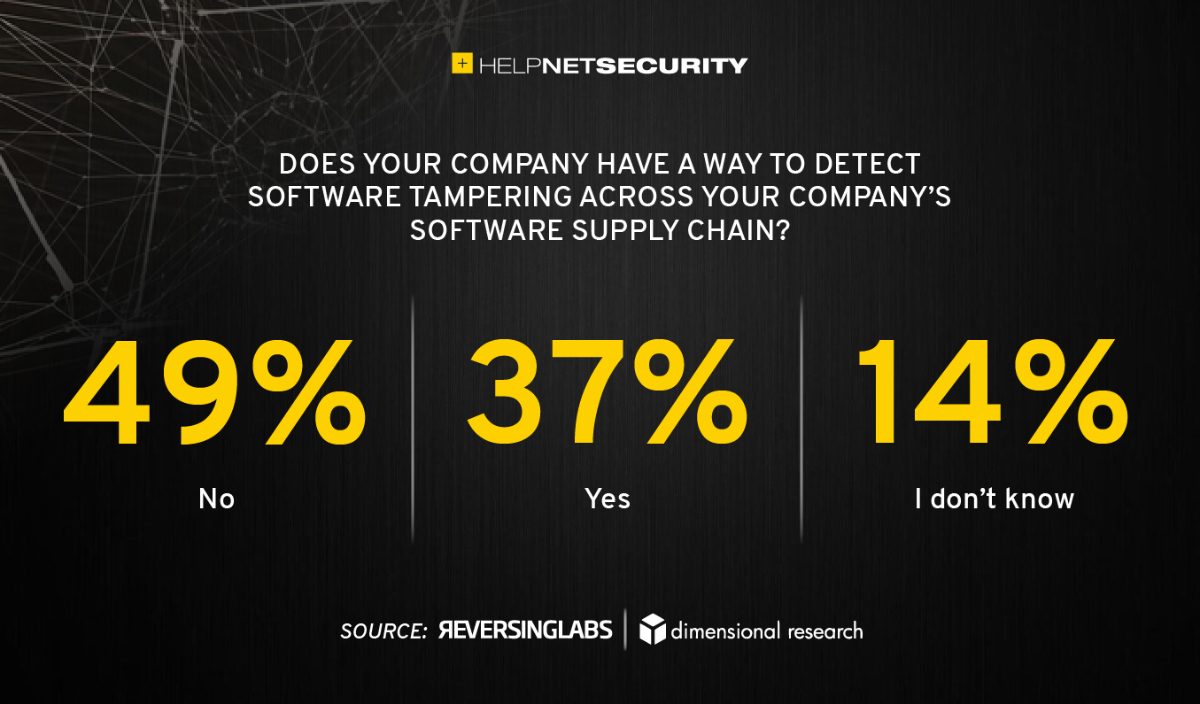 Despite being aware of the dangers of publishing vulnerable software, the survey found, companies continue to put themselves at risk for software supply chain attacks.

“Executives are acutely aware of software supply chain risks,” said Mario Vuksan, CEO, ReversingLabs. “That’s not surprising, given the visibility of high profile attacks and the US administration’s directive to set baseline security standards for software sold to the government. We can be confident that organizations recognize that software risks extend beyond vulnerabilities and malware, and that tampering threats represent a growing attack vector opening them up to new risks. Unfortunately, most are still behind in their ability to address tampering.”

The survey also revealed that executives are open to adopting tools like software bills of materials (SBoMs) to help them manage the complex task of monitoring and detecting supply chain compromises and risks. 77 percent of those surveyed said they appreciate the value of an SBoM as a way to test for tampering. However, most companies fail to generate and review SBoMs. Respondents said the complexity and prevalence of tedious, manual processes for creating SBoMs were obstacles. So too were the lack of best practices, processes, and tools, combined with a lack of expertise.

“Respondents recognize that tooling and automation is necessary for the detection of tampering at all phases of the software development process. Still, they struggle to advance it in practice,” observed Vuksan.

“As new solutions become available that provide insight into developed code and that can detect tampering before public distribution, organizations can take steps to properly manage their software supply chain risk, and ensure that their code isn’t a victim of tampering by sophisticated cyber actors.”

According to the 2022 Gartner report titled, Innovation Insight for SBOMs, “software supply chain security attacks have exposed the risks associated with commercially procured tools and platforms because you don’t know what’s “inside the box.”

Gartner research goes on to say that “while reusable components and open-source software have simplified software development, this simplicity has exposed a critical visibility gap: Organizations are unable to accurately record and summarize the massive volume of software they produce, consume and operate. Without this visibility, software supply chains are vulnerable to the security and licensing compliance risks associated with software components.”