The tool has been released for sale on January 26th this year initially as a compact HVNC implant allowing to set up a silent remote connection to the victim’s computer, and later transformed into a full-scale commercial RAT with a rich feature-set. Escanor has built a credible reputation in Dark Web, and attracted over 28,000 subscribers on the Telegram channel. In the past, the actor with exactly the same moniker released ‘cracked’ versions of other Dark Web tools, including Venom RAT, 888 RAT and Pandora HVNC which were likely used to enrich further functionality of Escanor.

The mobile version of Escanor (also known as “Esca RAT”) is actively used by cybercriminals to attack online-banking customers by interception of OTP codes. The tool can be used to collect GPS coordinates of the victim, monitor key strokes, activate hidden cameras, and browse files on the remote mobile devices to steal data. 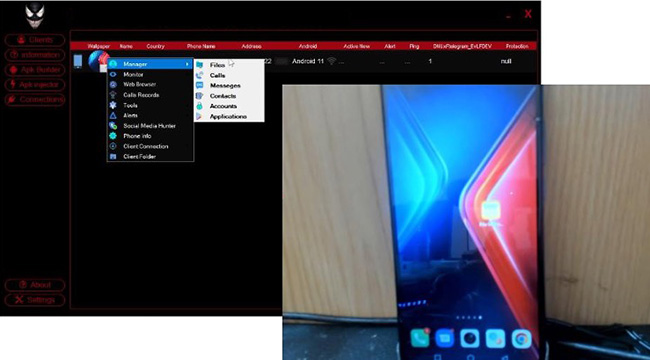 “Fraudsters monitor the location of the victim, and leverage Esca RAT to steal credentials to online-banking platforms and perform unauthorized access to compromised account from the same device and IP – in such case fraud prevention teams are not able to detect it and react timely,” said Ali Saifeldin, a malware analyst with Resecurity, Inc. who investigated several recent online-banking theft cases.

The majority of samples detected recently has been delivered using Escanor Exploit Builder. The actors are using decoy documents imitating invoices and notifications from popular online-services. 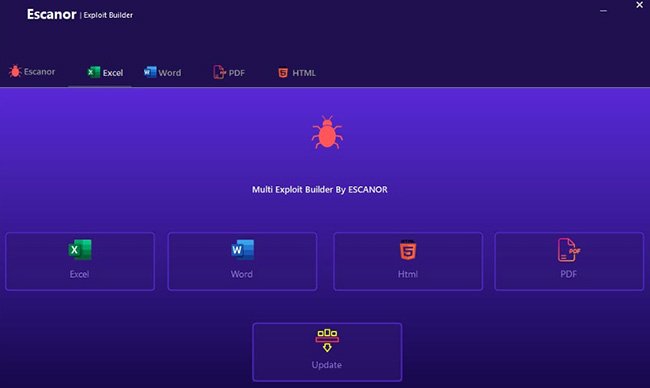 Notably, the domain name ‘escanor[.]live’ has been previously identified in connection to AridViper (APT-C-23 / GnatSpy) infrastructure. APT-C-23 as a group was active within the Middle Eastern region, known in particular to target Israeli military assets. After the report has been released by Qihoo 360, the Escanor RAT actor has released a video detailing how the tool may be used to bypass AV detection.

The majority of victims infected by Escanor have been identified in the U.S., Canada, UAE, Saudi Arabia, Kuwait, Bahrain, Egypt, Israel, Mexico, and Singapore with some infections in South-East Asia.