Couchbase announced findings from industry research examining the challenges faced by development teams amid the race to the cloud and to execute on digital transformation initiatives. 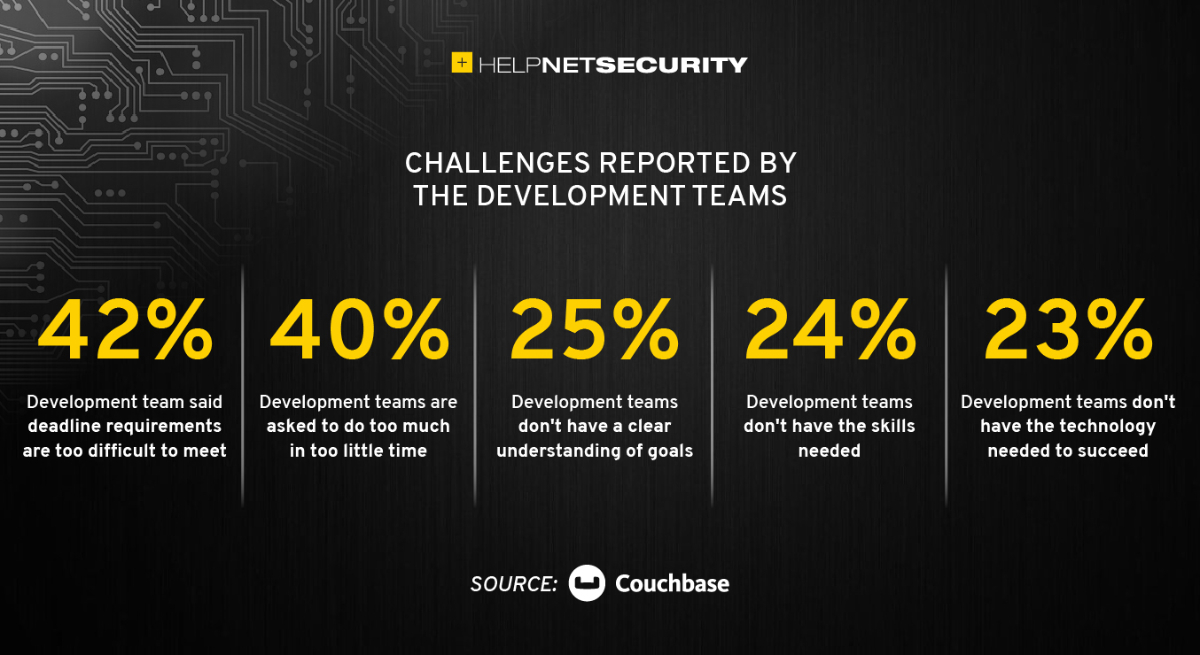 The global survey of 650 senior IT decision makers found that development teams are under pressure and under-supported. The findings revealed that 88 percent of respondents are aware of challenges faced by development teams, with the top issues including that deadlines and agility requirements were difficult to meet (42 percent); that they were being asked to do too much in too little time (40 percent); or that they did not have the skills (24 percent) or technology (23 percent) they needed.

“Organizations need to understand that when they are undertaking digital transformation, what they are actually doing is putting developers front and center,” said Ravi Mayuram, CTO of Couchbase.

“The modern business depends on the developer and development agility more than ever before. Development teams are not assisting the business, they are leading it to new frontiers through digital transformation. That’s why they need to be given the right resources: be it cloud-based infrastructure, CI/CD friendly tooling and the right training. This is what will ensure success in these times of product-led transformation and growth.”

The research that despite development teams’ extensive contributions to digital transformation and innovation initiatives, a lack of resources and communication with IT leaders is still frustrating them. This is preventing businesses from making the most of their potential, and moving with greater velocity.

IT leaders and developers share a similar goal: to build great applications. By increasing transparency and providing the right support and technologies, they can work together to make meaningful progress on digital transformation initiatives.