With the release of its 2012 Annual Roundup and Mobile Security reports, Trend Micro documents how cybercriminals have moved beyond the PC, targeting Android, social media and even the Mac OS X with new attacks. 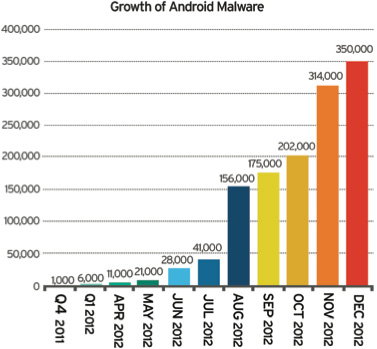 Trend Micro’s Annual Security Roundup shows that most of our predictions for 2012 have come true, and we encapsulate 2012 as the year where threats launched the beginning of the post-PC era. Threats have now escalated past the desktop environment.

2012 ended with 350,000 threats for Android as detected by Trend Micro. Malware growth reached 14-3 for Android versus PC, and it only took Android three years to achieve the PC volume of malware threats achieved within fourteen years.

2012 is also the year that Java supplanted pure Windows-based threats in the attackers’ cross-hairs leading, among other things, to the first widespread attack against the Mac.

Social media platforms continued to grow as areas of concern with attackers targeting them more, users putting themselves at risk by oversharing on them, and their legitimate services being co-opted to support cybercriminal activities.

Enterprises and organizations suffered from data breaches and targeted attacks at an alarming rate. In one incident alone, the Global Payments data breach, costs have already reached US$94 Million and are still climbing. 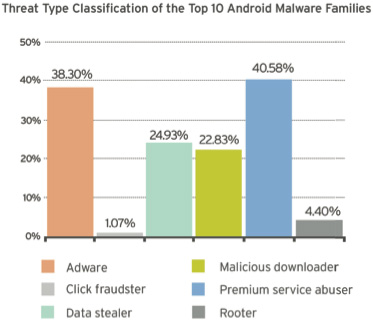 Targeted attacks are being helped along by the “children of STUXNET”: attack code and kits like Flame, Duqu and Gauss that are derived from the STUXNET attack three years ago.

Key to this report is Trend Micro’s documentation of the growing mobile-threat environment and reporting–Android Malware accomplishing in 3 years what PC threats took 14 years to do. What is also concerning is that only 20% of Android device owners use a security app.

This is not a risk worth taking, as by year end 2012 there were 350,000 threats facing this relatively new mobile platform. Trend Micro predicts that Android threats will increase to 1 million in 2013.

Along with advice for users and IT professionals, readers will find: