Hackers have been stealing Google account passwords in a new and better crafted phishing attack that is hard to catch with traditional heuristic detection, according to Bitdefender. 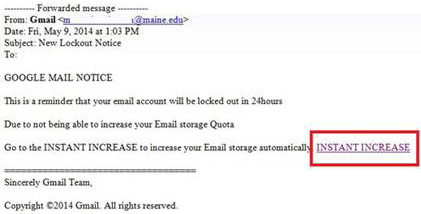 When clicking the INSTANT INCREASE link, users are redirected to a Google login web page that imitates the authentic one and asks for their credentials.

“What is interesting about this phishing attack is that users end up having the “data:” in their browser’s address bar, which indicates the use of a data URI scheme,” continues Catalin Cosoi.

The data URI scheme allows scammers to include data in-line in web pages as if they were external resources. The scheme uses Base64 encoding to represent file contents, in this case supplying the content of the fake web page in an encoded string within the data URI.

As Google Chrome doesn’t show the whole string, regular users have a hard time figuring out they are targeted in a phishing attack and may give their data to cyber-criminals.