2017 was a record-setting year in the fight against cybercrime. Based on analysis of real world cybercrime attacks, ThreatMetrix confirmed a 100 percent increase in volume of attacks over the last two years. The good news is that record numbers of these attacks are thwarted by organizations investing in innovative, digital-first strategies to protect consumers facing downstream attacks from large-scale data breaches.

Fraudsters are no longer looking to make a quick buck from stolen credit cards. Instead, they are targeting more ambitious attacks that produce long-term profits, leveraging sets of stolen identity data. This is demonstrated by a highly elevated attack rate on account creations—the most vulnerable activity. In fact, more than one in nine of all new accounts opened in 2017 were fraudulent.

Data also revealed bot activity levels which account for up to 90 percent of traffic on some retail sites. Even consumers who aren’t directly affected suffer, as they experience lengthier identity verification by many businesses attempting to separate legitimate activity from fraud.

Consumers targeted immediately in the wake of high-profile breaches

Cyberattack levels hit more extreme spikes in 2017 than ever before. These spikes, when aggregated across thousands of organizations, point to major data breaches – often even before they have hit the headlines. For example, ThreatMetrix detected unprecedented spikes in irregular behavior immediately after Equifax fell victim to major incidents.

Every organization is a target of serious security breaches, putting the onus on downstream protections across all websites and applications to stop leaked data from being effectively used for fraud. 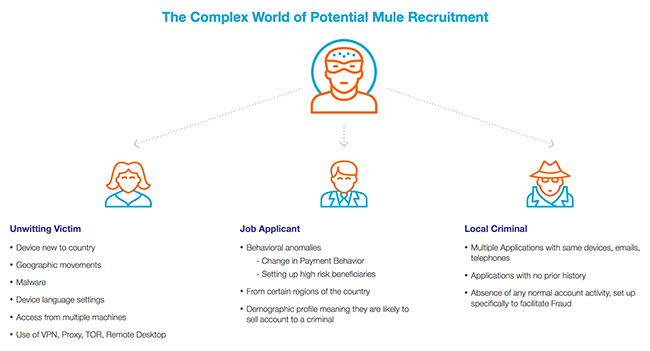 The volume of mobile transactions grew by nearly 83 percent as consumers embrace multi-device behavior, with mobile overtaking desktop-based transactions for the first time in 2017.

83 million fraudulent new accounts were attempted between 2015 and 2017. Fraudsters create complete identities and open new accounts by quilting together identity data, harvested from breaches and the dark web.

Fraudulent payments increased 100 percent over the last two years. Fraudsters use a stolen credit card, or hack into a victim’s bank account, to transfer money to a new beneficiary.

Hackers are getting even craftier. ThreatMetrix confirms that hackers are layering their efforts to make them harder for the individual to detect. For example, social engineering attacks convince consumers they’ve been defrauded, and persuade them to “secure their account,” through steps that actually give fraudsters access.