Cofense released the 2018 Cofense Malware Review, detailing the trends that defined malware attacks in 2017 and the emerging trends for network defenders to prioritize in 2018. 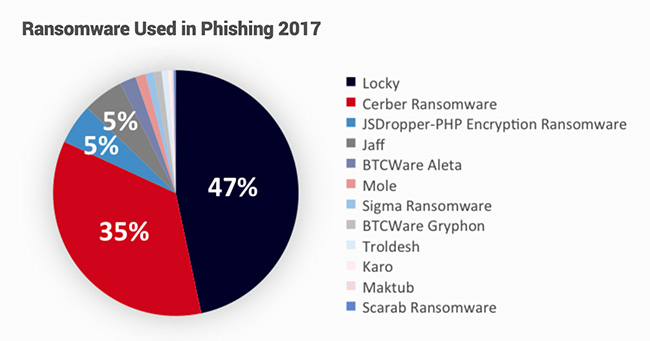 While a couple of high profile breaches stole the spotlight in 2017, Cofense’s global security team uncovered a number of less visible evolutions that dramatically changed the threat landscape and continue to pose threats. Malicious actors demonstrated how quickly they could exploit recently disclosed vulnerabilities, change how they use or modify malware, and how swiftly they could profit from new attack surfaces – including the proliferation of cryptocurrencies and the enterprises moving to cloud platforms.

Based on the analysis of millions of messages received daily from a wide range of sources, the report details notable insights on phishing-specific threats seen in 2017 and what is to come, including:

The proliferation of cryptominers

2017 saw the rise of cryptominers infiltrating computers via phishing emails and recruiting of victims’ computers for their armies of cryptomining botnets. The compromised computers perform cryptocurrency mining to generate currency for the threat actors while reducing the efficiency of infected computers.

The opportunism of disclosure

“Understanding what vulnerabilities malicious attackers took advantage of yesterday is critical when preparing for the threats of tomorrow,” said Aaron Higbee, CTO at Cofense. “As delivery methods evolve daily and malware innovations accelerate, timely attack intelligence is critical and must extend across organizations. Now is the time for every inbox to be a sensor and every employee to be a security evangelist that can trigger organization-wide security orchestration to break the attack kill chain at delivery.”

Looking ahead, the report finds that ransomware attacks will continue to develop, including more ransomware operators engaging in negotiations and the diversification in types of cryptocurrencies demanded. The financial success of ransomware campaigns proves that crime does pay for malicious actors looking for fast profitability. The report also predicts cloud services will grow as an attack surface and we’ll continue to see the development of more enhanced malware delivery attacks.