Ransomware continues to be the leading cyber attack experienced by SMBs over viruses and spyware, according to Datto. Their report surveyed 2,400 MSPs that support the IT needs of nearly half a million SMBs around the globe. 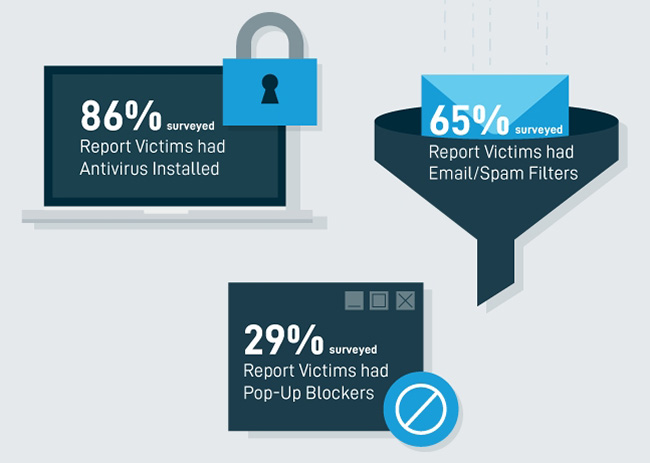 The survey also revealed the powerful impact these attacks have on businesses, including that:

Revenue lost to downtime can cripple a small business: The average attack is 10 times more costly to the business than the ransom itself, with attacks costing a business $46,800 on average and the ransom requested averaging $4,300 per attack.

Attacks are frequent and expected to increase: More than 55% of MSPs stated their clients experienced a ransomware attack in the first six months of 2018, and 35% said their clients were attacked multiple times in the same day. Ninety-two percent of MSPs predict the number of attacks will continue at current or increased rates.

Businesses using Apple operating systems can be vulnerable: There was a fivefold increase in the number of MSPs reporting ransomware attacks on macOS and iOS platforms over the last year.

“The number one threat for small business CEOs is thinking they are immune to ransomware attacks,” said Michael Drake, CEO, masterIT. “They think they don’t have anything the hackers want, so it’s not worth the price to protect themselves. When something happens, they’re shocked by the cost to get everything back up and running. It’s mind-blowing.”

While the report findings alone are alarming, most businesses don’t report attacks. The survey found that less than one in four ransomware attacks are reported to the authorities.

“In the past five months alone, we’ve been contacted by companies we don’t currently work with for immediate support involving ransomware attacks,” said Jeff Howard, Founder and Owner, Networking Results, a Dallas and Fort Worth IT services and solutions provider. “Not only have ransomware attacks increased in recent years, but the problem may even be bigger than we know, as many attacks go unreported. While we encourage every victim to notify all relevant parties – including their attorneys, insurance providers, FBI, etc. – not all are quick to follow that counsel.”

“It’s time to think differently–businesses large and small, should plan for a ransomware attack. That way they are equipped to respond when it happens,” said Ryan Weeks, CISO at Datto. “There are immediate steps that companies can and should take to increase IT resilience and prevent against future attacks. Integral to those steps include end-user training, endpoint protection, and an intelligent backup.”

When it comes to protecting small and medium-sized businesses, the report also found: